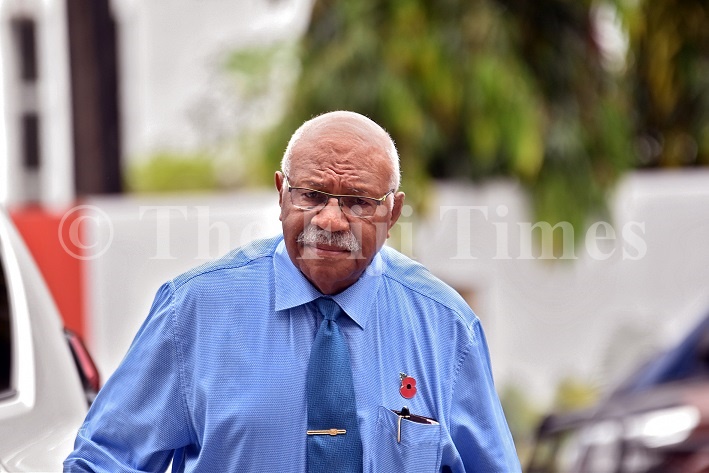 This was the claim made by The People’s Alliance leader and former PM Sitiveni Rabuka while launching the party manifesto in Namoli last Friday.

He claimed by handing over the reins to the A-G, the PM “therefore lost control of the government he was elected to lead”.

“Poverty may now be entrenched, with many victims, including children, virtually destitute and weakened by hunger,” Mr Rabuka claimed.

“Their permanent homes are often shacks in fetid, unhygienic settlements with inadequate or non-existent services. Households all over Fiji face daily power cuts and are frequently without water. Health services are breaking down; thousands and thousands of people are sick; parents are worried about the education system.

“Members of the police force regularly commit crimes. There is growing and deadly drug abuse. Many young adults have difficulty securing employment.

“On more than one occasion, the country has witnessed on social media something close to gang warfare in suburbs of Suva. Spare a thought for elderly citizens whose dreams of a comfortable retirement turned to ashes. A considerable number of FNPF pensioners lost up to half the value of their monthly payments. The amounts were cut back illegally despite their protests.”

Mr Rabuka criticised the burden placed on Fiji National Provident Fund (FNPF) members who he said were forced to make withdrawals from their pension savings to see them through the COVID epidemic.

“A large number of FNPF members have nothing at all in their accounts; so their future is bleak. Despite expenditure of billions of dollars, sealed roads are often rutted and covered with potholes, while rural roads deteriorate. Waste and litter by the tonne despoil the countryside, and stretches of coastline and ocean are poisoned and polluted.”