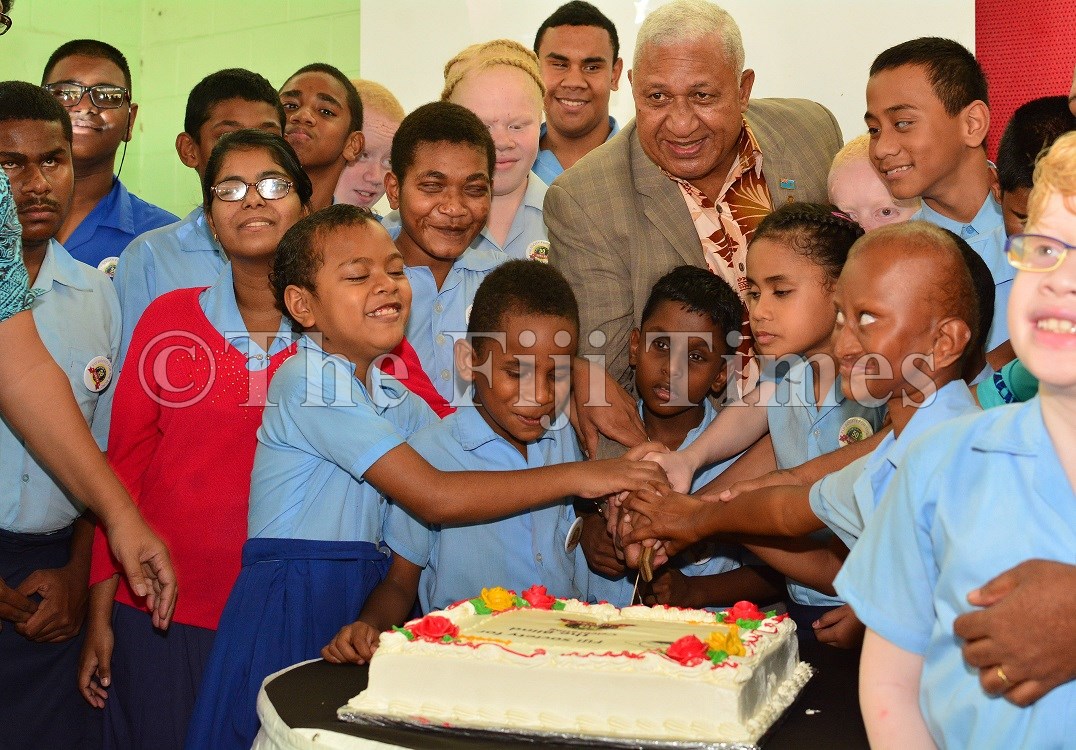 Prime Minister Voreqe Bainimarama celebrates the 50th anniversary of the Fiji Society for the Blind with a cake-cutting ceremony with the students of the institute yesterday. Picture: JOVESA NAISUA

The Fiji Society for the Blind has students who could become potential future prime ministers of Fiji.

This was the message from PM Voreqe Bainimarama while officiating at the institute’s 50th anniversary celebrations in Vatuwaqa, Suva yesterday.

The school was established by Frank Hilton in 1970 with the aim to provide education for children with special needs.

“During the society’s 100th anniversary, the PM addressing you would be one of your former students,” Mr Bainimarama said.

“Fiji is a place where the blind are valued and their contributions recognised.

“We should never leave anyone behind.”

He added 10 students from the society had returned to the village to use their land, while an additional 10 were now employed in the public and private sectors.

Ms Coalala is now based at the FNU as head of disability services.