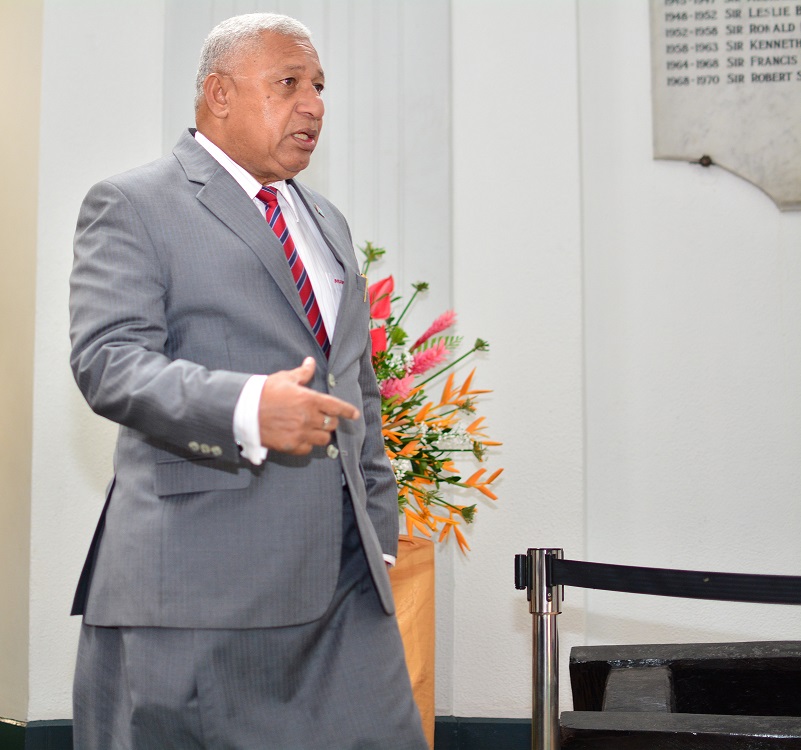 PRIME Minister Voreqe Bainimarama is the only person who can explain the gross domestic product (GDP) better than anyone else in Parliament, Agriculture and Environment Minister Dr Mahendra Reddy told Parliament yesterday.

Responding to the 2019-2020 National Budget, he claimed certain Opposition MPs had criticised Mr Bainimarama’s explanation on GDP during a radio interview.

“Mr Speaker sir, yesterday I noted some members on the Opposition bench passing snide remarks on our honourable Prime Minister that he doesn’t understand the meaning of GDP,” he said.

“Mr Speaker sir, if the honourable Prime Minister knew about GPD, then I am sure he knows about it back to front now.

“There is no one in this House who has more knowledge then the honourable Prime Minister on climate change and its patch on national output, our GDP.”

Dr Reddy said Mr Bainimarama had represented Fiji at the world’s highest forums over the past three years.

“He is one of the most sought after leaders even now.”