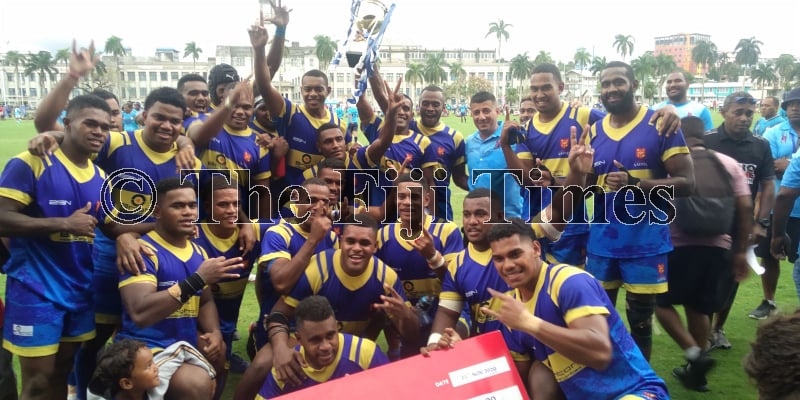 The Eastern Saints side after the win. Picture: NOA BIUDOLE.

Eastern Saints coach Seremaia Bai is moulding his young players to become good productive people and this has been the key to his side’s good run this year.

“The reason we do this is because some of these players come from poor backgrounds and some are struggling, but through rugby we just try to mould them to be good people and do hard work,” Bai said.

“Once we can do that and make them better people, winning and success will come after that.”

Bai said he always pushed his players to be the best they could be.

“I always tell them that they market themselves when they go on to the field and these platforms like playing in the final only come once in a lifetime and to make the most of it.”

With the Koroturaga grade now behind them the former Flying Fijian said they would turn their focus to next year’s Escott Shield.