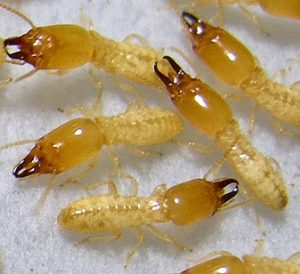 A TOTAL of 1936 sites have been infested with Asian Subterranean Termites (AST) in Lautoka and Labasa so far this year.

This was disclosed by the Biosecurity Authority of Fiji (BAF), also noting it had spent close to $50,000 in awareness programs for the Asian Subterranean Termites project through television, radio and newspapers.

The AST project is supported through a government grant, with a 2018-2019 fiscal year government allocation of $560,000 for this project, compared to an estimated $545,000 allocated each year over the last four years.

Mr Kumwenda said the awareness campaigns aimed to raise public understanding and to encourage all stakeholders to report suspected AST sightings immediately because it was easier to prevent structural damage to buildings than exhausting efforts to treat post-heavy AST infestation.

Mr Kumwenda said the Lautoka and Labasa districts were recognised as biosecurity emergency areas for AST.

These termites are exotic to Fiji. It is an invasive insect that was first identified damaging homes in the 2009-2010 period.

They are known to cause massive damage to residential and commercial buildings, and vegetation.

Termidor is the treatment chemical to be used on AST-infested dwellings.