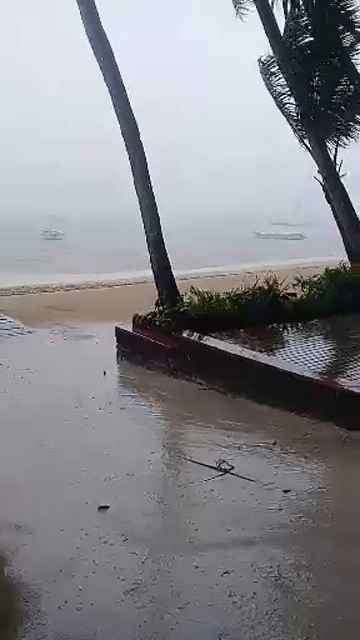 Three systems, including two tropical depressions, will be affecting the country over the coming days, bringing strong wind, heavy downpours and flash floods.

In a special weather bulletin yesterday, the Fiji Meteorological Service confirmed that tropical disturbances TD04F and TD05F had strengthened to depressions and one was likely to form into a cyclone between Fiji and Vanuatu.

The weather office revealed that a third low pressure system affecting the Lau Group and the Northern Division would soon spread across the country.

“The associated trough remains slow moving over the northern parts of the Fiji Group.

It is expected to gradually drift south and affect the rest of the group from tomorrow (today),” the forecasters stated.

“Heavy rain and thunderstorm is expected over Vanua Levu, Taveuni and nearby smaller islands and the Lau Group from tonight (last night) and gradually spread to the rest of the group from later tomorrow (today).”

“This poses the risk of flash flooding of low-lying and flood-prone areas during persistent localised heavy falls.

“There’s also a risk of flooding of small rivers, creeks and roads.

“Motorists are advised of poor visibility on roads in areas of heavy rain.”

Current warnings in place include a heavy rain warning for Vanua Levu, Taveuni, nearby smaller islands and the Lau Group.

Meanwhile, a strong wind warning remained in force for land areas of the eastern half of Vanua Levu, Taveuni, nearby smaller islands, the Lau Group and Rotuma.