Bad bet: 70 finches seized at U.S. airport may have been bound for gambling 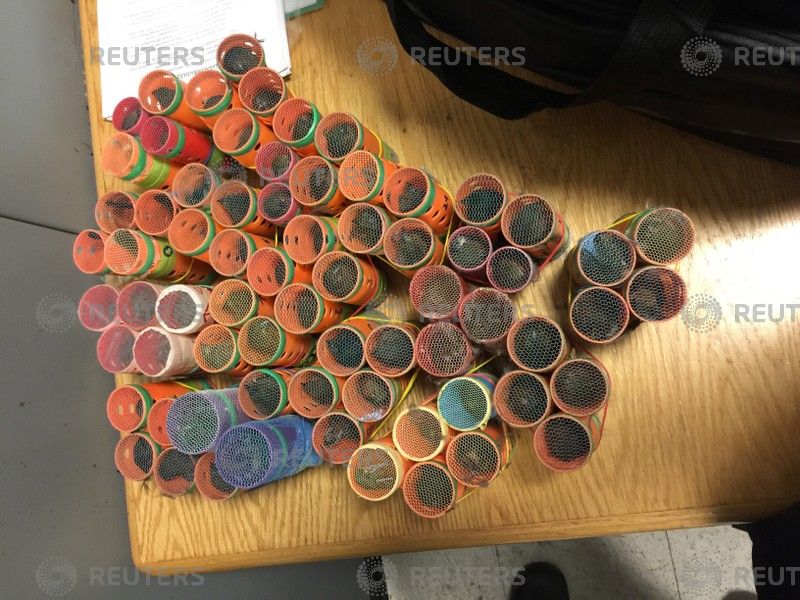 NEW YORK (Reuters) – Customs agents at a New York airport have arrested a bird smuggler who had hidden 70 live finches inside multi-colored hair rollers he had brought from Guyana and may have been bound for a gambling ring, federal officials said on Thursday.

A U.S. Customs and Border Patrol agriculture specialist at John F. Kennedy International Airport made the discovery on Saturday, during an inspection of the unidentified male passenger’s luggage.

The smuggled birds may have been destined for sale to Guyanese immigrants for a game that involves betting on how often the finches chirp per minute, said Customs spokesman Anthony Bucci.

“They may ultimately wind up as a pet, but within the Guyanese community that is the primary purpose,” Bucci said.

The finches were quarantined and turned over to the United States Department of Agriculture Veterinary Services. Photos on the CBP’s Twitter page showed the birds squeezed into individual hair rollers with small nets covering each end of the styling tool.

The passenger was not admitted to the United States and was returned to Guyana, Bucci said.

Inspectors focus on intercepting smuggled birds hoping to prevent the spread of infections like the 2015 outbreak of the avian influenza in the United States, commonly known as bird flu. That incident resulted in the culling of 50 million commercial turkeys and chickens and $850 million in damage, according to CBP officials.