Backtracks: Taking music to the next level 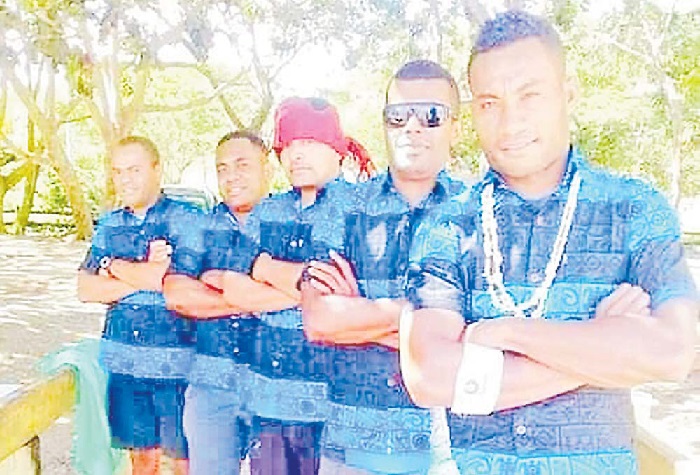 Sauma Masidilo developed a passion for singing at a very tender age while growing up in his village of Vatulele, Wailei, in the province of Cakaudrove in the 90s.

And his interest in music was inspired and nurtured by his grandfather. His grandfather was part of the village’s very popular sigidrigi group that used to perform classic iTaukei songs during Christmas and New Year gatherings or any special occasion within the province.

“It’s just unfortunate that my grandfather and his group could not record their own songs during their time,” the 37-year-old shared.

“Unlike today, there was a lack of music recording equipment around during his time and the cost of recording at the studios that were available was very high.”

Masidilo learnt a lot about the music industry from his grandfather and decided to take his passion to another level when he and few other fellow musicians formed the Tauvu Tribute Group in 2019.

They recorded their first single Varanise — which proved to be a big hit with iTaukei radio stations and among iTaukei music lovers in Fiji and abroad. Just like his grandfather, the group came from humble beginnings in Makoi and was made up of young men in the area.

From what began as an informal jam session, the group developed as they met every weekend to write songs.

He said so far the Tauvu Tribute Group had released two albums and there were plans to release a third one soon.

“The music group is named Tauvu because the members are from Vanua Levu and Ra — so traditionally speaking, we are rivals or tauvus.”

Masidilo said the fact that he chose music as a career was a no-brainer because of his grandfather and also his parents.

“I think music runs in my blood because both my parents came from a singing background.

“My maternal grandfather was well known in our village as a talented sigidrigi singer and so was my dad.

“It was so unfortunate they could not record any of their original songs from back in the day because they did not have access to resources like we do now.”

Being the eldest in his family, Masidilo said he had to set a good example for his younger siblings so he could inspire them to put their talents into good use.

The group has toured Viti Levu where they performed at the Rashian Night Club in Rakiraki and other night spots in Suva and Nadi before moving across to the Northern Division. Masidilo said they had plans to travel to the United States and the band was looking forward to it.

“Unfortunately, the COVID-19 pandemic struck and we had to hold off but arrangements have been made for us to go across after the situation normalises.

“We are a young music group but we have a wealth of knowledge and skills from our forefathers and we are using our music to pay homage to them.

“The challenge for us is to use their experiences and for us to make our own name in Fiji’s music industry.”

Masidilo said their dream was slowly being fulfilled. “I don’t want to limit our music to the village like my grandfather did, I want to take it across Vanua Levu, Viti Levu and to the whole world.

“I always talk to the boys in the band about learning from every tour and every performance.

“I also teach them to value every single cent we earn from singing and to use it wisely for our families back home because there are the ones who are backing us and enabling us to fulfil our dreams.”