Back Tracks: Group formed during a flood in 1976 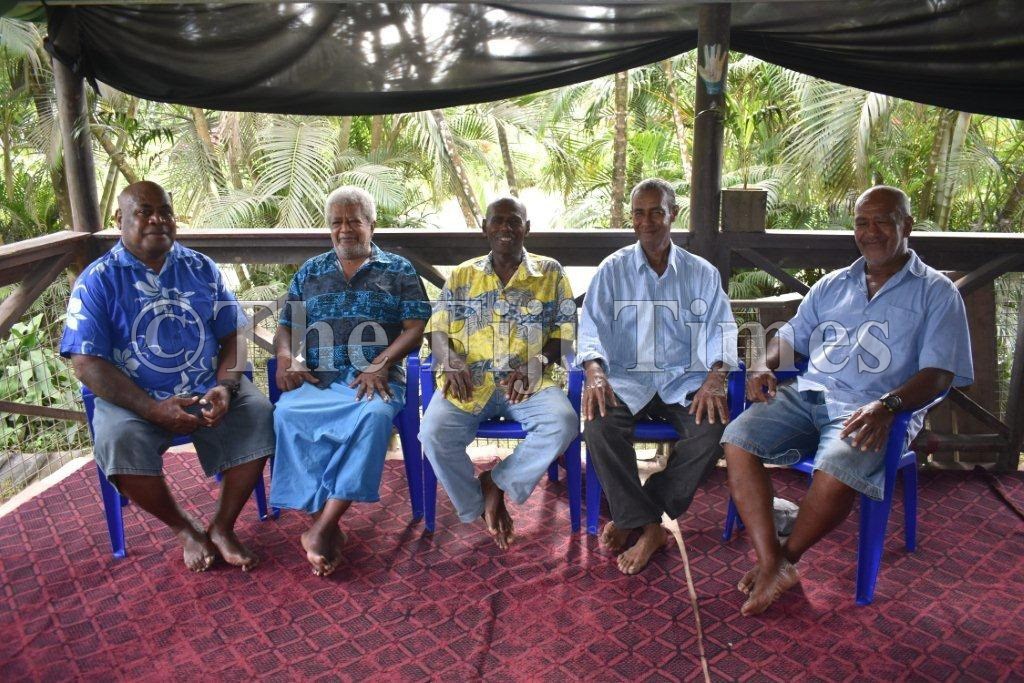 MOST people in the iTaukei community know of the amazing vocal and musical prowess of the musical group Tadravakasiga.

With hit songs such as Noqu Yanuyanu Meu Sere Taka Mada and Vuni Niu Kala — with the iconic intro where lead singer Peni Vunisau begins the song with a knock at the door and the words “curu mai lewa” – the sigidrigi group from Muana Village in Toga, Rewa made its mark in Fiji’s music history books from the moment it emerged in the mid ’70s.

While many would not be aware of how the band got its name, Vunisau said the idea to form a music group came about during a flood in the Rewa Delta in 1976 when he and a few family members and friends were sitting on the porch of their double-storey house.

He said as dusk approached, they began serenading while watching the floodwaters recede.

Vunisau said when the floodwaters had gone, a decision was made that he and his brothers form a band and name the group after the ship Daydreamer, made famous in a Sherlock Holmes tale.

Daydreamer when translated into the iTaukei language means Tadravakasiga.

“There were about 22 of us in the group and we came from the three villages in Toga — Navatuyaba, Vunisei and Muana,” he said.

“We used to practise every Friday after work and sometimes on Saturday evenings.”

Vunisau said apart from the unique name of the band, they also had a distinctive way of putting together their original songs.

“We composed all our songs together.

“For example, if one of us wrote the lyrics for the first verse, another one would come up with the words for the second verse, and all of us would contribute until we completed the song.”

He said after a while, Uwate Halstead from Taituraga in Nukui Village, who was a renown composer in his own right at the time, helped them compose some of their songs.

Vunisau said Tadravakasiga produced three albums with a famous engineer in the ’70s, Jonetani Bai and his partner, Hager — a European engineer who brought a different level of expertise to the local music scene.

The recordings were done at their place in Tamavua.

When the songs were released, Tadravakasiga went from obscurity to becoming a household name.

Their songs reverberated around the tanoa, villages and communities across the land.

Vunisau said one day they received an invitation to perform at Yavuna Village in the interior of Nadi.

She told her father, an employee at the Civil Aviation Authority of Fiji, that she wanted a sigidrigi band to serenade at her birthday party.

Vunisau said Ms Rubo’s father surprised her by bringing Tadravakasiga all the way from Toga Naqavoka to the interior of Nadi.

This was a big deal back then because of the costs and logistics involved in transporting the 22 singers and musicians.

Vunisau said for the group itself, it was an honour because there were also renowned sigidrigi bands in the Western division like Yaka ni Nadi, Sakisaki ni Tobu Karakarawa, Waikoula kei Tavua, and many more.

Arrangements were made for Tadravakasiga to travel to Yavuna, Ms Rubo’s family met all the expenses — including transport, meals and accommodation.

Vunisau said when they boarded the minibus in Toga, everybody was in high spirits, they laughed and joked all the way to Nadi.

But when the mini van began ascending the road to Yavuna Village, the atmosphere went deathly quiet.

This was their first experience of the lofty Nausori Highlands road.

There was pin drop silence as the driver carefully negotiated the myriad of twists and turns.

After what appeared to be an eternity, they finally arrived at Yavuna, the overwhelming reception they received soon replaced their fears with anticipation as they looked forward to the gig later that
evening.

Vunisau said the group presented its sevusevu, had dinner, and prepared themselves for the party to begin.

He said that all the villagers in the Nawaka district attended the birthday party, there was a lot of food and kava flowed throughout the night.

“I was wondering what would happen when the sun went down, because there was  no electricity in Yavuna.

“But as soon as the sun went down, six tractors were arranged around the vakatunuloa (shed) and their headlights provided the light throughout the night.

“That was the first time we ever saw anything like that.”

One of the highlights of the evening was a special song composed by Tadravakasiga for the birthday girl.

Speaking to this newspaper from Yavuna, Ms Rubo said she vividly remembered her 21st birthday and how her dad had gifted her a special performance by Tadravakasiga.

She said the group was always number one on Digidigi Domoni, a program broadcast by Radio Fiji One at that time and which still continues today.

The 62-year-old grandmother said that she would never forget her 21st birthday present and she still sang her birthday song from time to time.

Ms Rubo was also saddened to hear that more than half of the Tadravakasiga members had passed away.