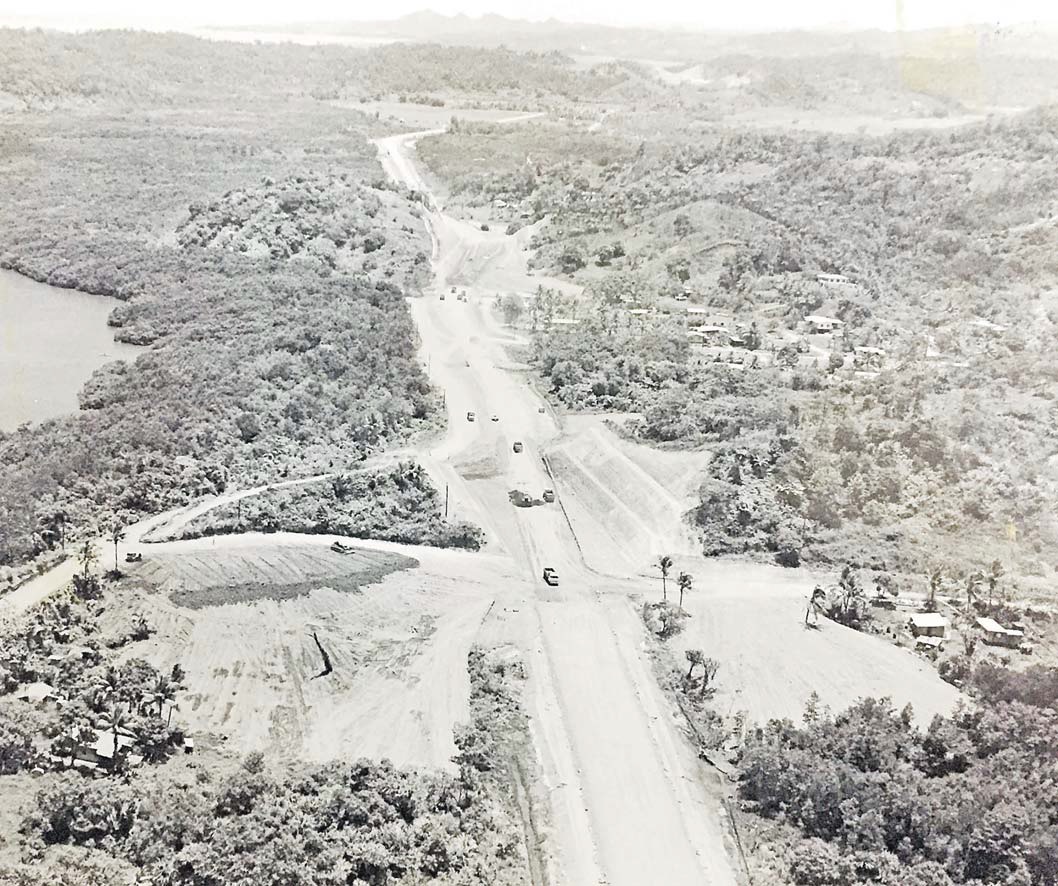 The road construction works on the Suva-Deuba highway in 1977. Picture: FILE

In 1976, the Queens Rd that linked Nadi and Sigatoka was officially opened.

It was opened by the then governor general, Ratu Sir George Cakobau and his wife. The multimillion dollar road was completed in August.

Ratu Sir George described the new Nadi-Sigatoka highway as a “right royal road” because it could be called “Queens Rd with pride and good reason”.

The article was published in The Fiji Times on November 13, 1976. It was reported that both the government and the World Bank — which financed its construction — were convinced of its need because of “cost-benefit analysis”.

After a ceremonial welcome for the governor general by the Cuvu people at the Ka Levu’s bure, about 200 guests walked to the road that faced the Fijian Hotel to witness Lady Cakobau cut the ribbon.

“What this analysis showed was this – that the new road would affect very considerable savings, both to our economy and in foreign exchange,” the governor general said.

These were important savings because fuel and spares were all imported.

The government accepted the advice of the World Bank to build the Nadi-Sigatoka and Suva-Deuba stretches first because they would yield greater economic advantages.

According to the report, various modifications produced a 20 per cent reduction in construction cost.

In one year alone, the cost of fuel for plant and bitumen had doubled then.

But those who had criticised the high cost would at least appreciate how much it would have cost if government had delayed the project.

Ratu Sir George praised the co-operation of landowners and leaseholders through whose properties the highway now ran.

“Because of their readiness to make land available, construction could start at the precise time intended,” he said.

He warned drivers to resist the temptation to drive fast on the new highway.