Back in Time: Rakiraki kidnapping 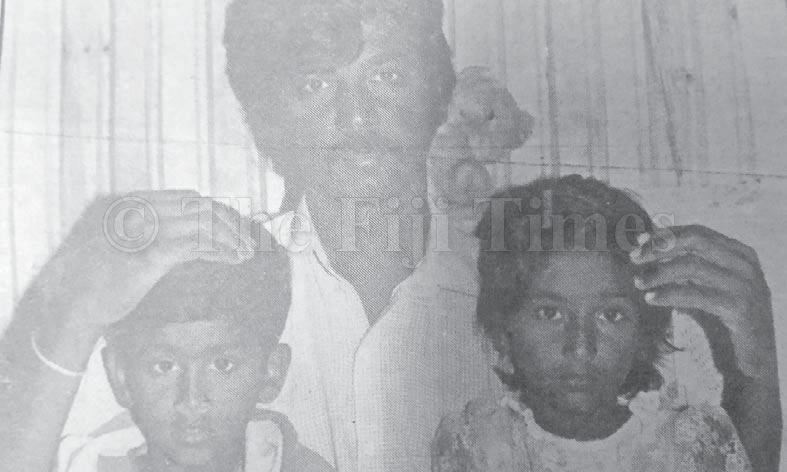 The case of the kidnapping of two young children in their family car in Rakiraki was reported by The Fiji Times on Monday, September 8, 1986.

The report stated police were holding one man in custody and looking for two other suspects in connection with the kidnapping. The children were found in Ba days later.

They were in the family car parked outside a shop in Rakiraki while their uncle, who had driven them there, went inside the shop to get some video tapes. When he came out, he was shocked to find the car missing.

The incident, which happened at about 6pm the previous Saturday, sparked a major search involving about 50 Rakiraki residents and policemen from Rakiraki, Tavua and Ba.

Police in Tavua failed in their attempts to stop the speeding car which had three men and the children inside so a roadblock was quickly set up at the Ba bridge.

The car was found abandoned in a dip beside the road at Wailailai, near the approach to Ba Town. A man who was seen carrying the two children some distance from the car was arrested by police.

The children’s parents were immediately informed they were safe. Police said they were questioning the man and were looking for two others who were in the car.

The two children, Jyotishna Rajan Kiran, seven, a class two pupil at Penang Sangam Primary School and her younger brother, Ranjan Pushkar Kiran, six, were unhurt during the three hours they were missing.

Their father, the assistant headteacher of Penang Sangam Primary School, Anand Kiran, said the family went through a harrowing experience when the children disappeared.

He said his younger brother, Sat Narayan, drove the children to town at about 6pm on Saturday.

“He left the car parked outside a video hire shop with its key in the ignition,” he said. “When he came out a few minutes later, the car was not there.

“He was told by a bystander that two Indian men and a Fijian man had driven off in it with the children.

“At first I thought it could be some relatives who may be somewhere in town. “But a 10-minute search revealed the car was not in town.

“Police were then told about it and a religious function held near my home was stopped while people began searching feeder roads near the town for my car.

“Later we were told that the car with the children in it was seen being driven towards Tavua.” Mr Kiran said his relatives in Tavua and Lautoka also joined in the search.

He said when he arrived in Tavua, police told him they had tried to stop his car but it had sped on towards Ba. “Police then set up a roadblock at the Ba bridge in a bid to rescue my children.”

He said about three hours later Ba police told him his children were safe and they had recovered the car.

Mr Kiran said the car sustained some damage. He said he suspected the car had been taken by some young men who had been drinking near the river at Rakiraki.

No demand for ransom was made while his children were missing. “It was hell for all of us,” he added.