Back in time: Fijian ruggers meet the Queen and Princess Anne 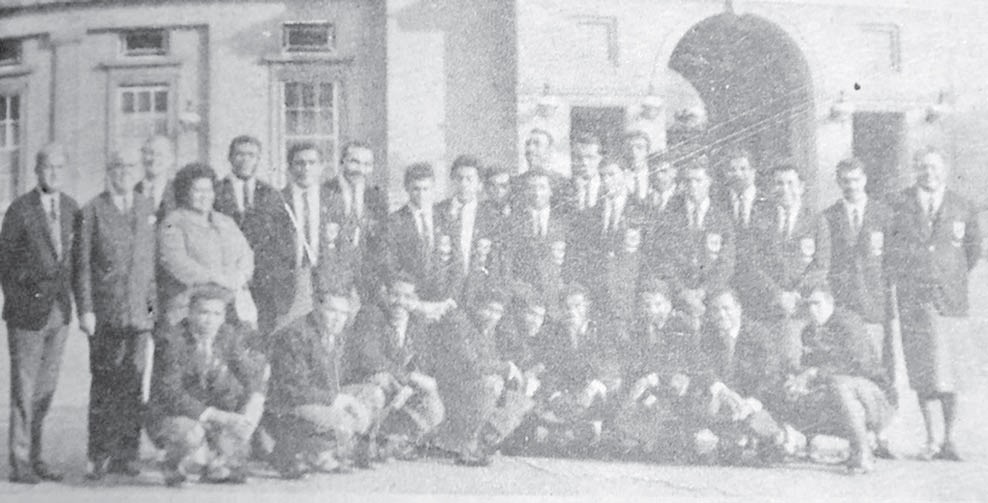 Fiji’s touring rugby players in the quadrangle at Buckingham Palace after their audience with the Queen. Picture: File

Imagine a bunch of broad Fijian rugby players having a friendly rugby chat with Queen Elizabeth II and her daughter, Princess Anne at Buckingham Palace.

It would have been a sight to behold. On November 1970, the Fijian touring 15s rugby team presented themselves to the Queen while on their rugby tour in England. The players and team officials according to an article published in this newspaper on Monday, November 16, 1970 were accompanied by Fiji’s High Commissioner in London, Josua Rabukawaqa during their visit.

The team was received by the Queen in a room which overlooked a lake in the palace grounds. After the Queen, accompanied by Princess Anne entered the room in which the players were assembled, Mr Rabukawaqa, Ratu Penaia Ganilau, Adi Laisa Ganilau and Dr Felix Emberson was presented to her.

Headed by the coach, Inoke Tabualevu, the players then went forward to be presented singly. As customary to Fijian gesture of respect, each player dropped on his knees and clapped his hands twice before rising to shake hands – a customary gesture the Queen knows all too well.

This newspaper reported that when the Queen and Princess Anne moved among the players and chatted, they displayed what seemed to the tourists a surprisingly wide knowledge of the game. An enthralling moment was when Queen Elizabeth and her daughter asked players about their normal occupations and getting a respond from Vukula saying “I am a greaser, ma’am”.

“It was a very great day for me”. Ratu Penaia said it was the boys’ day. “How much we enjoyed it is impossible to express,” he said. “We have all been greatly honoured.”

During their rugby tour, the team had received several invitations to attend rugby functions which they weren’t able to accept because of their busy schedule.