Back in time: End of mourning period 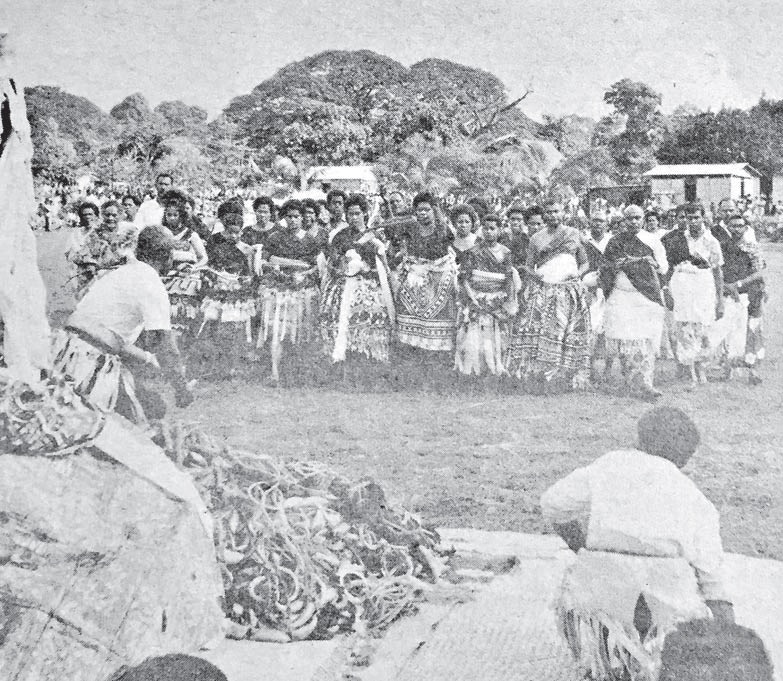 The picture shows hundreds of people from the various islands walking up to present their gifts before the vakatunuloa. Picture: FILE

The lifting of the mourning period for the late Tui Cakau, Ratu Josefa Lalabalavu, at Somosomo, Taveuni in 1969 was a colossal affair.

More than 4000 people from Tailevu, Lau, Bua, Macuata and Cakaudrove brought gifts of tabua, masi, mats and drums of kerosene for the lifting of the mourning period.

The gifts presented filled a three-classroom school building during the event.

The Fiji Times covered the event, publishing articles on July 18 and July 19 of 1969.

This newspaper reported that gifts also included two outrigger canoes that were presented by the people of Lau.

The canoes added colour to the ceremonies as they stood propped up before the chiefly vakatunuloa.

The last gifts to be presented during the ceremony were those from Ratu Penaia Ganilau which were pulled on a trolley (that was decorated with yards of cloth) up to the vakatunuloa by a crowd of people.

Strong ties and the unity which exists among the Fijian people were emphasised during the presentation ceremonies.

The then Minister for Labour, Ratu Edward Cakobau who presented a tabua in return for the gifts of the Kubuna people, said the Fijian people who had passed on were united and that the Fijian people of today and those who followed should remain united too.

Leading the lifting of the mourning ceremony was the Vunivalu, Ratu George Cakobau, to whom the people made the presentation.

The scene at Somosomo was sombre, with men and women dressed in black making their presentations in dead silence.

The presentation started at 9.30am and continued non-stop until 4pm.

Fijian shopkeepers of Indian descent, civil servants, taxidrivers, plantation workers, their wives and children were among the 43 groups which made presentations that day.

This newspaper reported that most Fijian men of Indian descent were dressed in sulu and tawala (mat cummerbunds) with the Fijians shedding them off at the end of the ceremony to mark the end of the mourning period.

There were shouts of joy and singing as about 400 people pulled the trolleys across the rara to the vakatunuloa.

This was the end of the ceremony and the mourning period.

Rejoicing subsided as the then Tui Cakau, Ratu Ratavo Lalabalavu accompanied by 10 of his people, each carried a tabua and walked slowly across the rara towards Ratu George.

He presented the tabua to Ratu George and then discarded his clothing of masi. Ratu Ratavo thanked the guests for attending the ceremony despite the unfavourable weather and rough seas, saying their presence showed that there were still strong ties between the chiefs and the people.