Back in time: Duke and Duchess of Kent visit Fiji 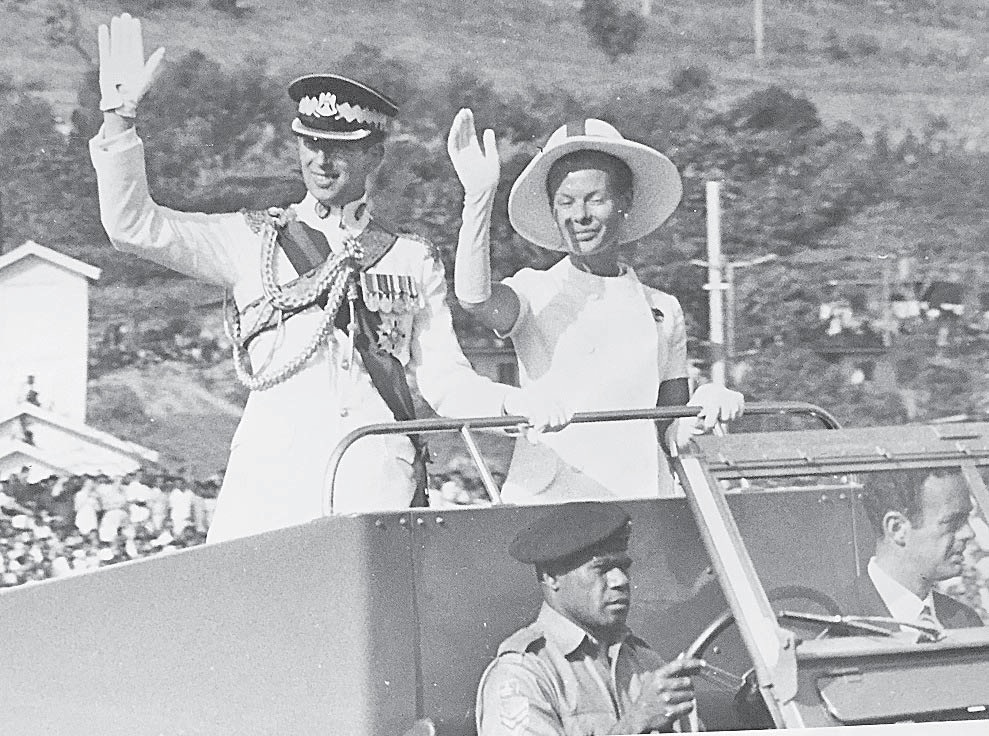 The Duke of Kent, Prince Edward and the Duchess of Kent, Katherine at Port Moresby during the opening of the South Pacifi c Games in 1969. Picture: SUPPLIED

It was not uncommon when a member of the British royal family visited Fiji in the past because they visited the colony many a time before Fiji gained independence.

One of those moments was when the Duke and Duchess of Kent visited Fiji on August 8, 1969.

The royal couple – the Duke of Kent, Prince Edward, and his wife the Duchess of Kent, Katherine – enjoyed their short stay in 1969 in Fiji before they made their way to Port Moresby where the Duke officially opened the South Pacific Games.

On August 9, 1969, this newspaper published an article about the royal couple’s visit, highlighting the slightest of details from what they wore to where they stayed during their short visit.

The article reported that the Duchess of Kent in a bikini and flip-flop shoes had a casual date on August 8, at tiny Vomo Island, 14 miles from Lautoka.

The Duchess and the Duke of Kent had arrived from London at the Nadi airport on August 8.

This newspaper reported that the royal couple was met by the Commissioner Western R. N Nair and were driven to the Governor’s bure at Lautoka to rest after their tiring 28-hour flight from Britain.

Before leaving for the bure, the Duchess said they had not thought they would be in the colony. Before noon the report highlighted that the couple left the bure for Lautoka Wharf, where a launch was waiting to take them to Vomo.

This report described that the Duchess had changed from the short turquoise dress and matching hat she wore on arrival at the airport to rubber flip-flop shoes and a floral dress cut five inches above her knees.

She had no hat, wore a ribbon in her hair and carried a handbag.

The Duke had changed from his brown suit to a casual shirt and shorts. Children were waiting along the road and the couple were driven along to wave to them.

The Duke and Duchess waved back to the children.

They spent nearly four hours at Vomo where they swam and sunbathed.

They then returned to Lautoka at 6.30pm, which was two hours later than planned.

The report stated the couple were to leave Nadi airport for Brisbane at 11am on August 9 in an aircraft of the Royal Australian Air Force’s VIP flight.