Back in History: The biggest gathering of chiefs 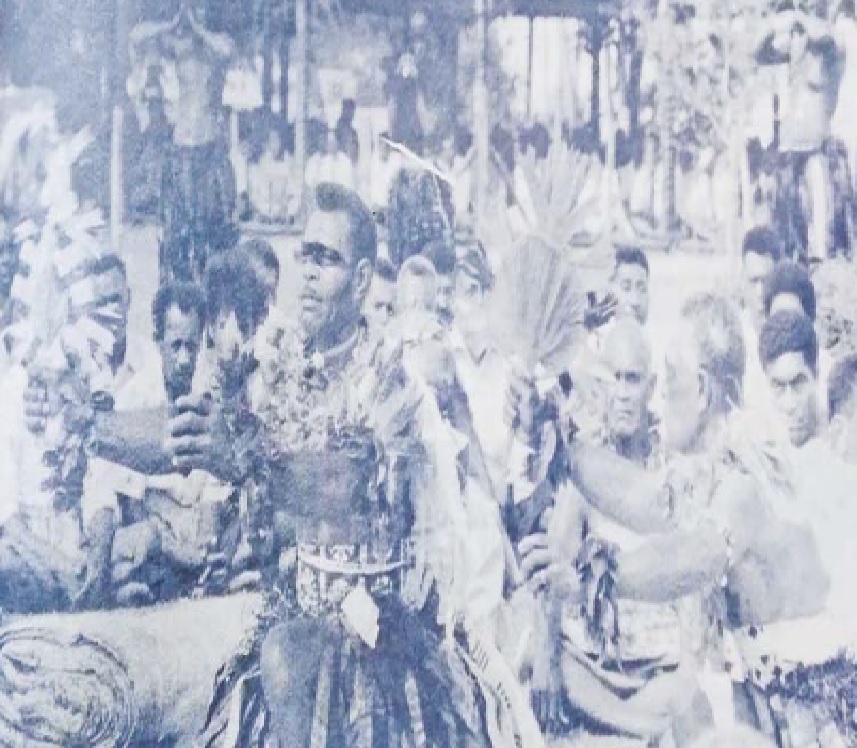 Men of Lakeba and Levuka perform the meke ni yaqona to the Governor General, Ratu Sir George Cakobau, at the opening ceremony of the GCC at Tubou Village, Lakeba, Lau in May 1978. Picture: FILE

The Fiji Times published a story of the biggest Great Council of Chiefs meeting held at Lakeba, Lau, on May 17 1978.

It was reported that the late Governor General, Ratu Sir George Cakobau, opened the meeting.

It was overcast but fine weather prevailed that day. Ratu Sir George was accorded a traditional ceremony rarely seen at the time.

Before his arrival, silence fell upon the chiefly village of Tubou, the home of the Tui Lau and Tui Nayau, the late Ratu Sir Kamisese Mara.

As early as 6am, the people were being reminded to observe silence.

Only the noise from the breakers on the reef, the shuffling of the coconut fronds blown by a moderate north-easterly breeze and the occasional fluttering of birds disturbed the silence.

The day began as early as 5am with the preparation of several lovo pits for the pigs, dalo and yams to feed the hundreds of delegates and provincial delegations from all over Fiji who were there to attend the biggest Great Council of Chiefs meeting ever held.

By 8am, people were seated all around the Tubou ground, the famous battle arena for the Dewar cricket shield.

In a colourful array of dresses, shirts, sulu and traditional costumes, men, women and children scrambled to take vantage points to watch the ceremony.

In front of the meeting house, called Vatuwaqa, and the Tui Nayau’s residence, Ulunikoro, stood a 70-ft by 35 ft thatched bure for the official party, which included Opposition leader Jai Ram Reddy, Chief Justice Sir Clifford Grant and members of the diplomatic corps.

Fifty metres in front of the bure, well-built and hefty men from Mualevu, Vanuabalavu, Moala and Cicia, painted in black charcoal and dressed in traditional costumes, stood guard with clubs raised.

They formed a U-shaped cordon around the front of the bure allowing no one to break the barrier.

Inside the arena, the bodies of the traditionally-dressed performers gleamed in the sun from the oil rubbed on them.

Behind them sat the women and men of Lau. Ratu Sir Kamisese Mara and the then Minister for Housing and Urban Development, the late Jonati Mavoa, also took their places among them.

A one-and-half-metre wide and 50-metre long tapa cloth was rolled out on the ground from the entrance of the prime minister’s residence and the official bure.

Sixty women lined each side of the tapa to show their respect.

A heavy-wooded lali sounded as Ratu Sir George left the prime minister’s bure for the official shed about 10am, followed by the Chief Justice in his red and black robe and creamy-white wig.

Only Ratu Sir George walked on the tapa. The rest of the official party entered the bure through a different entrance.

Delegates at the meeting sat on newly-woven mats while Ratu Sir George and his party sat on cushioned chairs.

The ceremony went without a hitch.

The representatives from the Chinese Embassy were noticeably impressed as they continually clicked away with their cameras catching the action.