Back in History: Resort powered by the sun 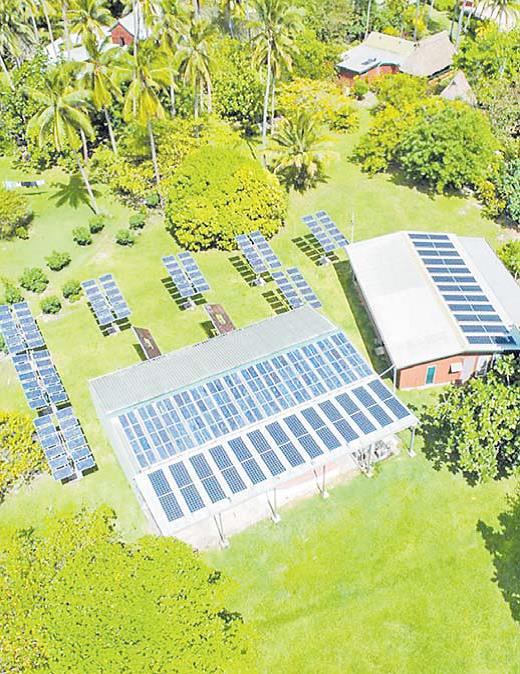 The resort is located on a private island and most of their power is sourced from the sun. Picture: www.nukubati.com

A report about Fiji’s newest holiday hideaway — Nukubati Resort — which uses the sun to power its operations as well as to entice tourists, was published on October 1, 1992.

This exclusive Australian-owned resort on historic Nukubati Island near Labasa was said to be the first in Fiji to successfully rely on solar power.

Apart from giving due consideration to the environment, the cost saving from the project after the initial outlay — which cost about $66,000 — was considerable.

Resort manager Keith Zoing, a former officer of both Britain and Oman, told of an upmarket resort spending about $3000 a week to run its diesel generator.

The weekly bill for Nukubati’s backup diesel generator — used only for four hours a day — was $150.

Fuelled by Freon gas, the units track the sun all day as it moved westwards across the sky.

The wind generator was another minor energy source.

The resort, opened by Sydney couple Peter and Jenny Bourke as Fiji’s latest hideaway attraction, aimed at the middle to upper end of the tourist market.

“So far, there are just four bure; that will increase to six after that. We’ll see how it goes,” Mr Zoing said.

The bure, each contain a bedroom, sitting room and bathroom, with a verandah at the front from where you could watch the golden sunsets.

The resort’s brochure stated people would find it hard to ignore the crystal clear water and nearby beautiful coral reefs.

“So there’s snorkelling, sailing and windsurfing, fishing including a gamefishing boat available for charter by the serious sportsman, nature walks, four-wheel drive trips around the hills of Vanua Levu, or simply swimming from the soft sand beach,” Mr Zoing said.

Mr Zoing said visits to nearby villages could be arranged and more energetic guests could travel by motorboat to the old port town of Labasa, about 50 minutes’ drive, where there were bowling greens and a golf course.

Main dinner course at the pavilion restaurant featured local seafood such as coral fish, lobster and crab and were sometimes caught to order.

“Ask junior staff member Alan Steiner, 14, to catch fish for dinner and he may ask: ‘What kind would you like’. Alan will just grab his speargun, take off in a boat and return in a short while with fish of the required type to be cleaned, cooked and served.

“Alan seems to know just where any particular fish can be found,” Mr Zoing said.