Back in history: New cable system 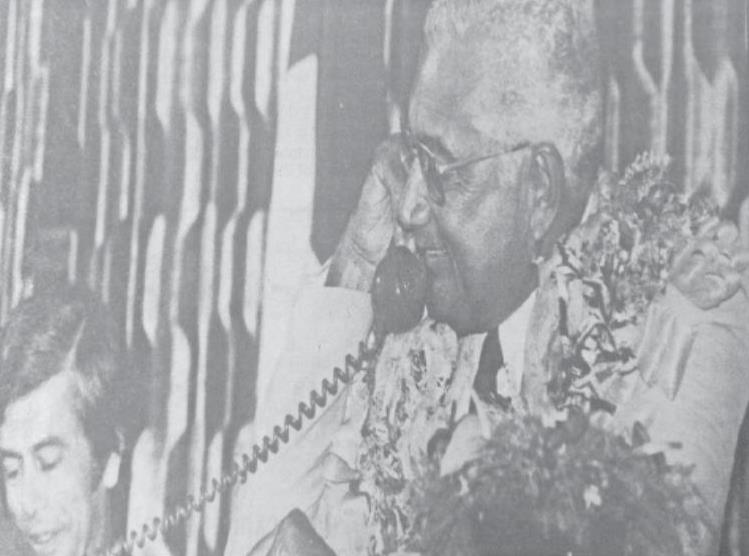 About 100 guests — diplomats, cabinet ministers, parliamentarians and business people gathered at the Grand Pacific Hotel in Suva to take part in the inauguration of the new cable system by Queen Elizabeth in London. The event was covered by The Fiji Times on November 12, 1980.

The governor-general, Ratu Sir Penaia Ganilau, and Ratu Sir Kamisese were chief guests at the ceremony.

Queen Elizabeth’s inaugural message was delivered at the Berkeley Hotel in London at 10 am, the day before it was brought to the GPH live by the new cable.

“The ability to speak across the world by telephone has lost none of its wonder while its usefulness has grown,” the Queen said.

“This new cable will allow many more people to share in the benefits it brings. I’m sure that it will help international understanding and the development of trade between distant countries.”

The Queen said this sort of project could only succeed through team work.

She was particularly pleased to hear how prominent the Commonwealth participation had been throughout the period of planning and execution.

ANZCAN was the new trans-Pacific cable system which replaced the first trans-Pacific telephone cable known as COMPAC, a worldwide Commonwealth cable project which was set up in 1963.

It was internationally owned by 22 organizations from 14 countries.

It linked Fiji with Hawaii, Canada, the Norfolk Is, Australia and New Zealand. Through interconnecting facilities in North America and the Atlantic and on the Australian continent, ANZCAN linked Fiji with both Europe and Asia.

“Our investment in the ANZCAN cable link is $7.5 million. In return our level of ownership provides us with 60 channels towards the south and 48 channels north with provision for expansion by means of additional investment in equipment, when we want it,” the prime minister said.

“The new system will enable Fiji to achieve the full diversity of routes to our major traffic destinations to ensure continuity of service at all times.”

Ratu Sir Kamisese said about half of all telephone calls to overseas destinations would be carried on the cable system and a half by means of satellite communications.

This ensured that in the event of a facility failure, a reasonable level of service was maintained. More importantly, FINTEL in association with the Department of Posts and Telecommunications, would be able to meet the demand for high quality overseas telecommunications over the next 25 years, the expected life span of the ANZCAN system, he said.

The PM said effective communication was of paramount importance to any country, but with Fiji’s widely scattered islands, good communication was vital to the full integration and advancement of the people. He said the interdependence of nations had increased to a much greater degree than ever before.

“This fact has made it even more important for people to cooperate and work together and share the benefits of progress through mutual aid. ANZCAN is a demonstration of co-operation among countries large and small. The benefits derived are world-wide, its ownership international rather than regional.”

The project itself had involved the installation of sophisticated power and computerized terminal equipment at FINTEL’s headquarters at the Vatuwaqa Communications Center.

The live broadcast of activities at the Berkeley Hotel in London and the Queen’s message was followed by a telephone conversation between Ratu Sir Kamisese and his NewZealand counterpart, David Lange.

During the conversation, the PM was at his light-hearted best. At Mr Lange’s comment that it was “extraordinary that they could all be linked up to witness one event”, Ratu Sir Kamisese said , “I think the audience here would have been much more interested in what the Queen was wearing”.

The PM was referring to the fact that in Parliament House in Wellington, the Opera House in Sydney and at the Vancouver International Center they could watch the proceedings on television, whereas the Fiji participants could only get a live broadcast of the ceremony.

The PM assured Mr Lange that in 25 years time when another new cable was laid, Fiji would have its own television. The inaugural ceremony at the GPH was officially opened with an address by the chairman of FINTEL, Brian Pemberton.