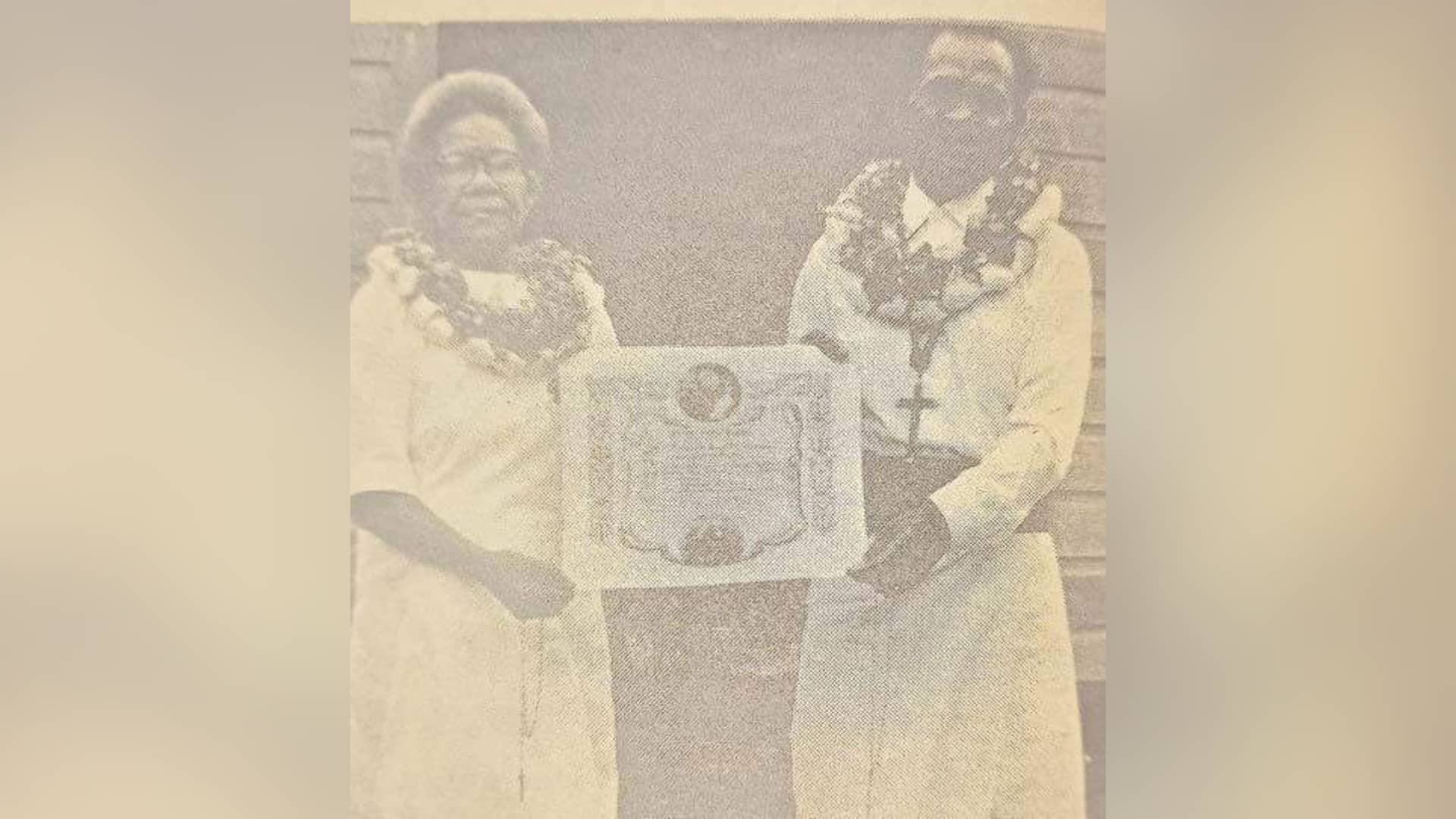 A Fijian man who received the Pope’s blessing’s on his 50th wedding anniversary had strange tales to tell to his family when he returned from missionary work at different villages in Fiji.

Rovereto Vagica Tanisacake,75, and his wife Salote, 63, celebrated their golden wedding at their home at Nuku Village, 15 miles upstream from Navua.

Mr Tanisacake’s experience during his missionary work was recorded in The Fiji Times on September 19, 1977.

Mr Tanisacake has been the village councillor and a teacher of the catechism at Nuku for the past 30 years. Born into a Roman Catholic family, he left home after a few years into high school to enter the Catholic mission school at Lomary where he learned to teach Catholicism.

This was where he met Salote whom he married later during his studies at the school.

Mr Tanisacake then spent two years in the area teaching religion before he undertook further studies at Cawaci mission, Levuka.

He then went to Koroinasau about 30 miles from Sigatoka to do missionary work. One of his most severe trials involved having a vision about a conch shell or a davui while in Sigatoka.

“While drinking yaqona one night in Koroinasau, I saw with my own eves a davui called to consume a bilo (bowl) of yaqona float out of the wall of the bure and drink the bilo.

“The villagers said this was a demonstration of their god’s ‘vu’ power,” he said.

They then gave me a plot of land to work, but did not mention this land was sacred to their god.

He believed that the villages did this because they wanted him to be cursed from working on sacred land.

When he found out this was so, he continued to work the land to show his faith in his belief.

“I worked the plot and to their dismay I lived to tell the tale.”

When the villages noticed that nothing had happened to Mr Tanisacaka, they concluded that he was approved by their “vu”.

He used to take three days poling his bilibili (bamboo raft) up river to Bemana, about 20 miles up the Sigatoka Valley and nearly two weeks to Nubutautau another 20 miles from Bemana.

In his 10 years service with Sigatoka missions, he had built several mission stations in different villages where they still stand today.

He later returned to his own neighbourhood in the 1973 and finally settled there. The couple had eight children, one of whom had passed away after a short illness.

Two of their daughters became nuns. Sister Ina Anatasia went on to settle in Port Moresby at a church there and Sister Superior Qoreti worked at Suva Crippled Children’s Hostel.