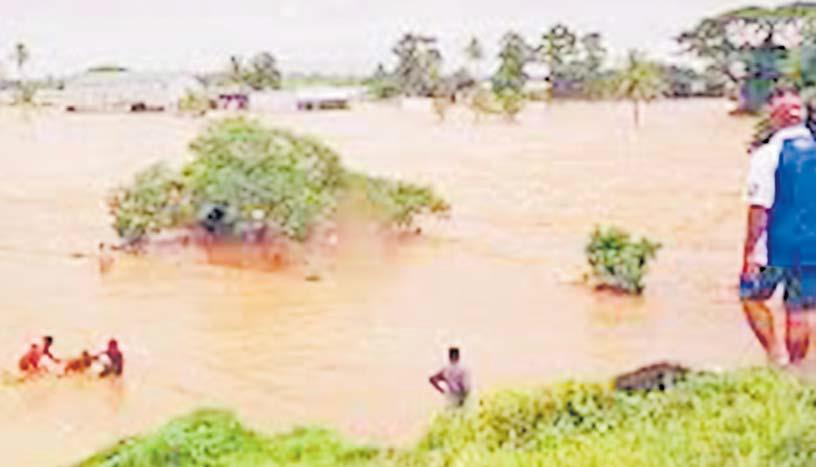 The Fiji Times ran a story about two doctors associated with a religious organisation who criticised the distribution of rations and relief supplies to victims of flood disasters in Rewa and Navua.

The report stated Dr Keshno Datt Sharma and Dr Karan Singh of the Colonial War Memorial (CWM) Hospital said they had toured affected areas over the weekend and had distributed family-pack rations and medical supplies for a fortnight on behalf of the Satsang Mandal Disaster Relief Committee.

They were among a group of volunteers and a team of five doctors.

Aside from Dr Sharma and Dr Singh, the medical team consisted of doctors W. Gibbs, K.P Singh and Mahendra Singh, who gave on-the-spot treatment to people suffering from injuries or illnesses.

“One patient had to be brought to the CWM Hospital,” he said.

They had raised $3000, with which they bought food rations while Suva pharmacies gave free medicines.

“We did this because we felt there was mal-distribution of relief supplies,” Dr Sharma said.

“To cite an example, rations were supplied to a village which was not affected at all.

“Families at another village each received a bag of rice and cartons of tinned fish but families in the same vicinity did not receive the same kinds of ration.

“We felt there is an urgent need for doctors to be working in the areas with medical supplies so that they can treat the sick and the injured, instead of vaccinating them against typhoid.”

A report prepared by the medical team read they distributed rations in Raiwaqa, Calia and Nakaulevu in Navua and on the west bank of the Rewa River and the Rewa delta.

One party took supplies up the Navua River by boat to Naitata and its suburb.

“In several of these difficult areas, these supplies were the first to get through,” the report read.

It stated food was very scarce in many areas, many families going hungry with no food before the party’s arrival.

Many of these people were destitute.

“One mother with a newborn baby had lost her milk and had no food for her baby at Nakaulevu.

“In Wai Birau, 35 people were trying to cook their meagre food on one small kerosene stove,” the report read.

The Satsang group said while authorities had done well, not all afflicted areas had been covered.

The Satsang committee said they appreciated the contributions from other CWM Hospital doctors, staff members and private doctors.