Back in History: $375k for new library 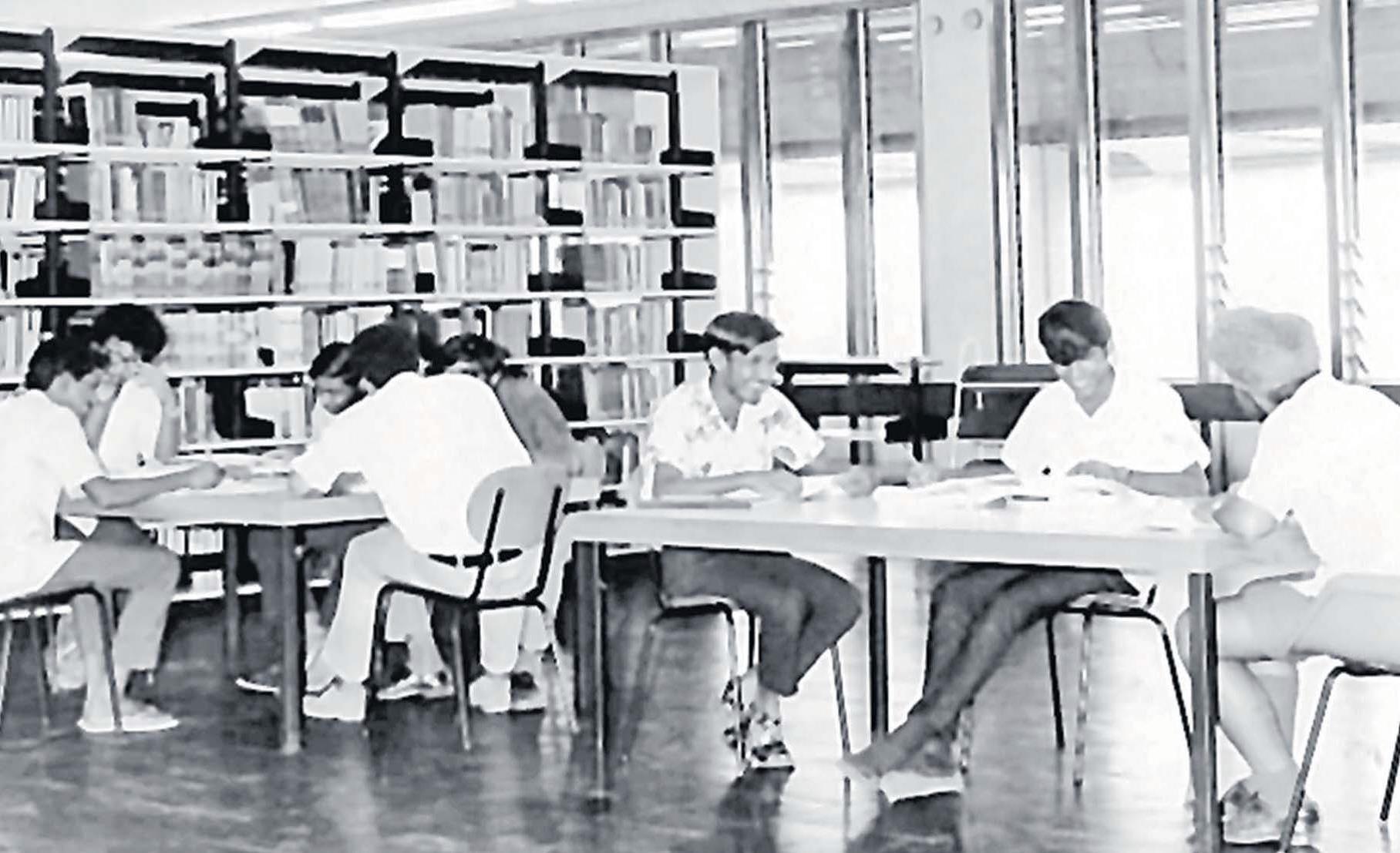 University of the South Pacific students inside the library in 1977. Picture: SUPPLIED

A new library building at the University of the South Pacific in Suva was the focal point of development on the campus, The Fiji Times reported on October 3, 1972.

Architect Frank Rutter said the Schools of Education, Social and Economic Development and Natural Resources would be grouped around the library.

The building, opened by Fiji’s former prime minister Ratu Sir Kamisese Mara, was the first stage of a three-phase library program, he said.

The university would probably need the second stage in 1978, he said, adding the section just completed would accommodate slightly more than 300 readers and about 135,000 books.

For an initial period the School of Social and Economic Development would use the top floor of the three-storey building for temporary offices and seminar rooms.

The noise control was good and allowed open areas without interference from activities going on in other section of the building, Mr Rutter said.

Sun shields Standard steel shelving was used, but much of the furniture and fittings had meant special designs.

When the shutters were not in use, they could hinge up and form a slatted ceiling.

The architects worked closely with the librarian, Harold Holdsworth in designing and building the library.

Rutter prepared the design and structural drawings and the Architects Pacific Design Partnership organisation supervised the work. Narain Construction Co Ltd put up the library building at a cost of $375,718.

Rutter said the new School of Education building, on an adjoining site, was the first phase of a long ribbon building which would house the School of Social and Economic Development as well.

The education building was of pre-stressed concrete block walling and louvre windows. Connections Part of the ground floor was open and provided the first section of what would eventually be a continuous system of covered connections between all buildings.

Narain Construction Co. Ltd completed the School of Education before the library.

University staff and students moved into the offices, seminar rooms, lecture rooms and studio workshop to make way for the construction.

The construction cost $215,000. And the British Government financed the buildings as part of the grant aid for stage one of USP development.