Back after seven years 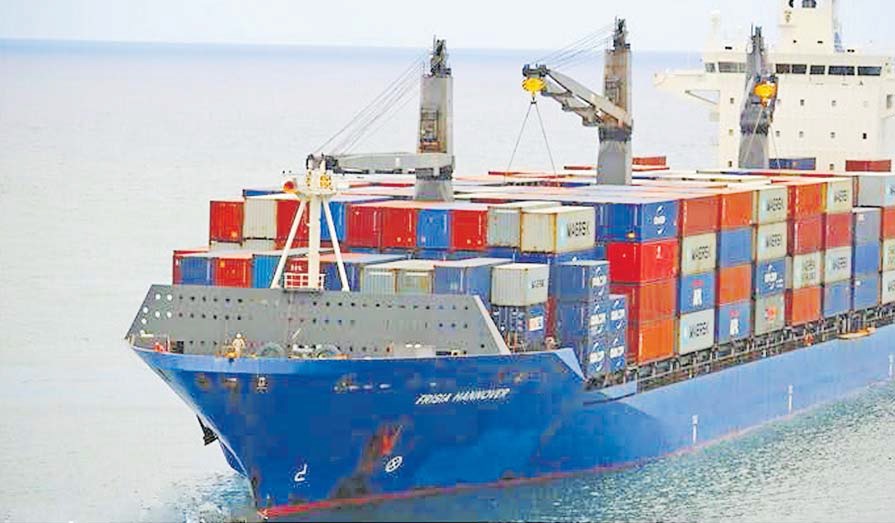 The fi rst of the two vessels, the Seaspan Hannover made her inaugural call of the service into Suva on Tuesday afternoon. Picture: SUPPLIED

THE return of one of the world’s largest integrated logistics company, Maersk, to Fiji is expected to not only ship more cargo to and from Fiji but also increase competition in the market.

A statement from Shipping Services Fiji Ltd yesterday said after a gap of seven years, Maersk was making a significant return to operate their own vessels in Fiji by committing two relatively large feeder vessels to service Suva and Lautoka, geared toward a fixed-day-call service.

According to the statement Auckland-based head of market for Maersk Oceania, My Therese Blank said that the new Sirius Star schedule was an important component of the overall Maersk Oceania service, the main drive of which was to carry cargo between the Pacific, New Zealand and the world via transhipment hubs Tauranga and Auckland.

The service, named the Sirius Star Service is named after the twin stars Sirius, which pass over the Fiji group each evening.

According to the statement the first of the two vessels, the Seaspan Hannover made her inaugural call of the service into Suva on Tuesday afternoon.

Shipping Services (Fiji) Pte Ltd CEO Jeffrey Lin said the introduction of this service was significant at this time because of the congestive issues in world trade as a result of COVID-19, that have been exacerbated by the recent blockage of the Suez Canal.

He said against this backdrop, Maersk had reacted to the call of customers for regularity in the shipping schedules and more capacity which would enable Fiji exporters and importers to better plan and execute their shipping requirements.

“Significantly, the second of the two vessels has been renamed Maersk Nadi, and we are proud to have a Maersk vessel named after the gateway to Fiji, the seat of our biggest foreign exchange earner tourism and an important vanua to the nation in a traditional sense. For Maersk, it is also an acknowledgement of the significance of the Fijian market,” said Mr Lin.

Fiji Ports Terminal Ltd CEO Hasthika Dela said it was prestigious to have Maersk back calling at Fiji ports.

The second vessel in the service has been re-named the Maersk Nadi and is due to call Fiji next week.

The two vessels will operate in a combined weekly service between New Zealand and Fiji with the vessel Capitaine Tasman which is operated by Neptune Pacific Direct Line.