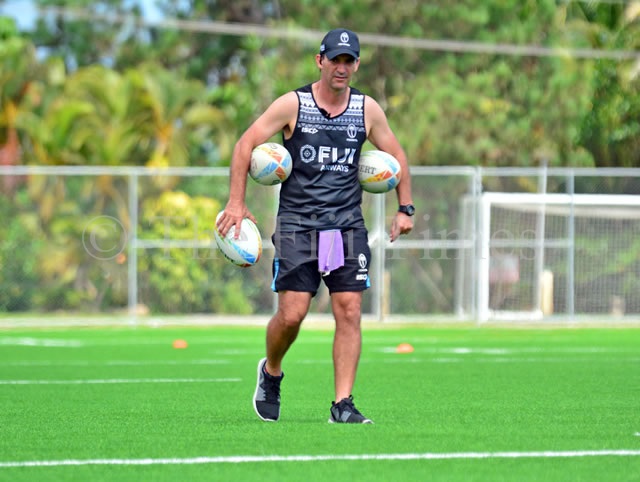 According to the Scotsman website head coach Mike Blair in an interview said he had been tracking him (Baber) for a while.

Blair said he had been looking for a new assistant since Duncan Hodge left the club.

“My conversations with Gareth were brilliant. I’d come off the phone feeling really enthused about how he’d go about his work in the skills section.

“I think he complements my coaching characteristics, in that I’m a little bit more off the cuff – I’ll think of doing something and do it – whereas Gareth is very much planning it and setting targets. And I think for our guys that are going to be something that is really important.”

Baber, for his part, was keen to return to the 15-a-side game, despite the fact Fiji wanted him to stay and lead the team’s bid for an unprecedented hat-trick of Olympic titles at Paris 2024.

“We’re really pleased to have him on board as that senior, more experienced coach – but we also realise that he has been out of 15s for a while, so it is not going to be just a really smooth transition for him into it because he’s got lots of learning to do as well.

Blair thinks Baber can have a positive impact on Edinburgh’s Fijian contingent and can also help identify others from Fiji and the wider sevens circuit who could boost the squad.

“He’s worked with the Fijians and knows their mindset and knows our guys which will help get the best out of Lee-Roy Atalifo, Mesu Kunavula and Viliame Mata.”

Baber, in the FRU media release said, “I have a burning ambition to challenge my coaching again in the 15’s environment and know that I must immerse myself in this if I’m truly to be measured and to progress in my coaching career.

“I’m an individual who is driven by the challenge of the sport that I love, and this is what brought me to Fiji in the first place,” the Welshman said.