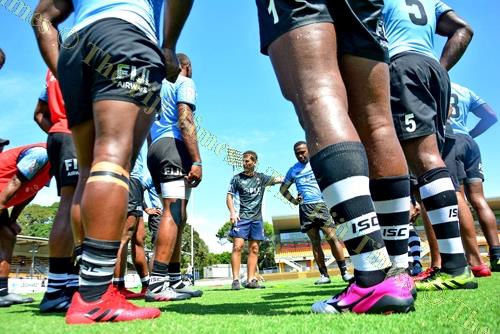 FIJI 7s coach Gareth Baber was impressed with standard of rugby shown by the players during the quarter-finals of the 2nd Basic Homes Tabadamu 7s tournament at Prince Charles Park in Nadi yesterday.

Baber said while he had not decided to pencil in any players into the current training squad, some of them impressed him. He said they were good players who were being tracked over the past couple of years.

“There were good quality quarter-finals and I saw some players who impressed,” Baber said.

“But it is obviously that I have to see them as many times and not in just one tournament but two, three tournaments and see them to have the qualities in those tournaments as well.

“Then I will have to see the opportunity when they can come in push their case.”