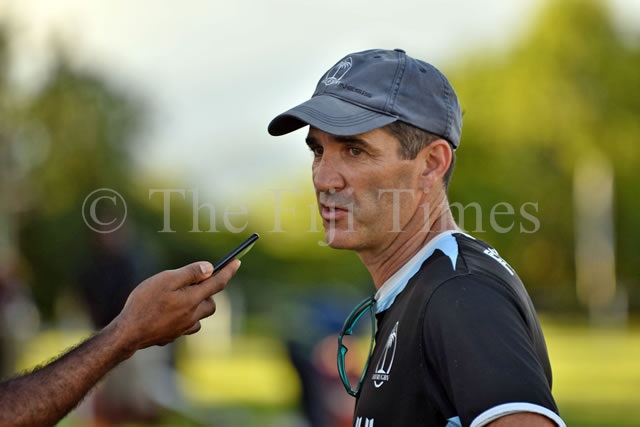 After leading the Fiji 7s team to a gold medal finish at the Olympic Games, outgoing coach Gareth Baber is turning his attention to the 15s game.

“I am certainly looking at opportunities in the 15s game,” Baber said yesterday, after announcing an early end to his contract and that he was stepping down as the Fiji 7s head coach. Although spending close to a decade in the abbreviated code, Baber was ready to make the change, “I understand I have been coaching 7s for the past seven years of my life previous to Fiji and Hong Kong, it has been where my focus and attention has been and certainly since I have been in Fiji as well.

“I am quite proud of what we have achieved but I think I also have to get back into the 15s game and learn the details in the 15s game.”

Having proved himself in the 7s code Baber said he looked to push himself to the same level in 15s.

“I have ambitions to carry on coaching in that and push myself to be the best coach I can be.”

Baber said he would miss Fiji and was thankful for the tremendous support he had received over the years. Fiji Rugby Union chief executive John O’Connor said while the board had endorsed the continuation of Baber’s appointment until the next Olympics in 2024 and a contract offer was made to him, after carefully considering his options, the interest and wellbeing for his family and his desire to coach a professional club in the 15s game, they had accepted his request.

“We totally respect the decision made by Gareth and thank him for his service to Fiji Rugby and to Fiji. We are all proud of Gareth achievement culminating in the gold medal defence at the Tokyo Olympics 2020,” O’Connor said.