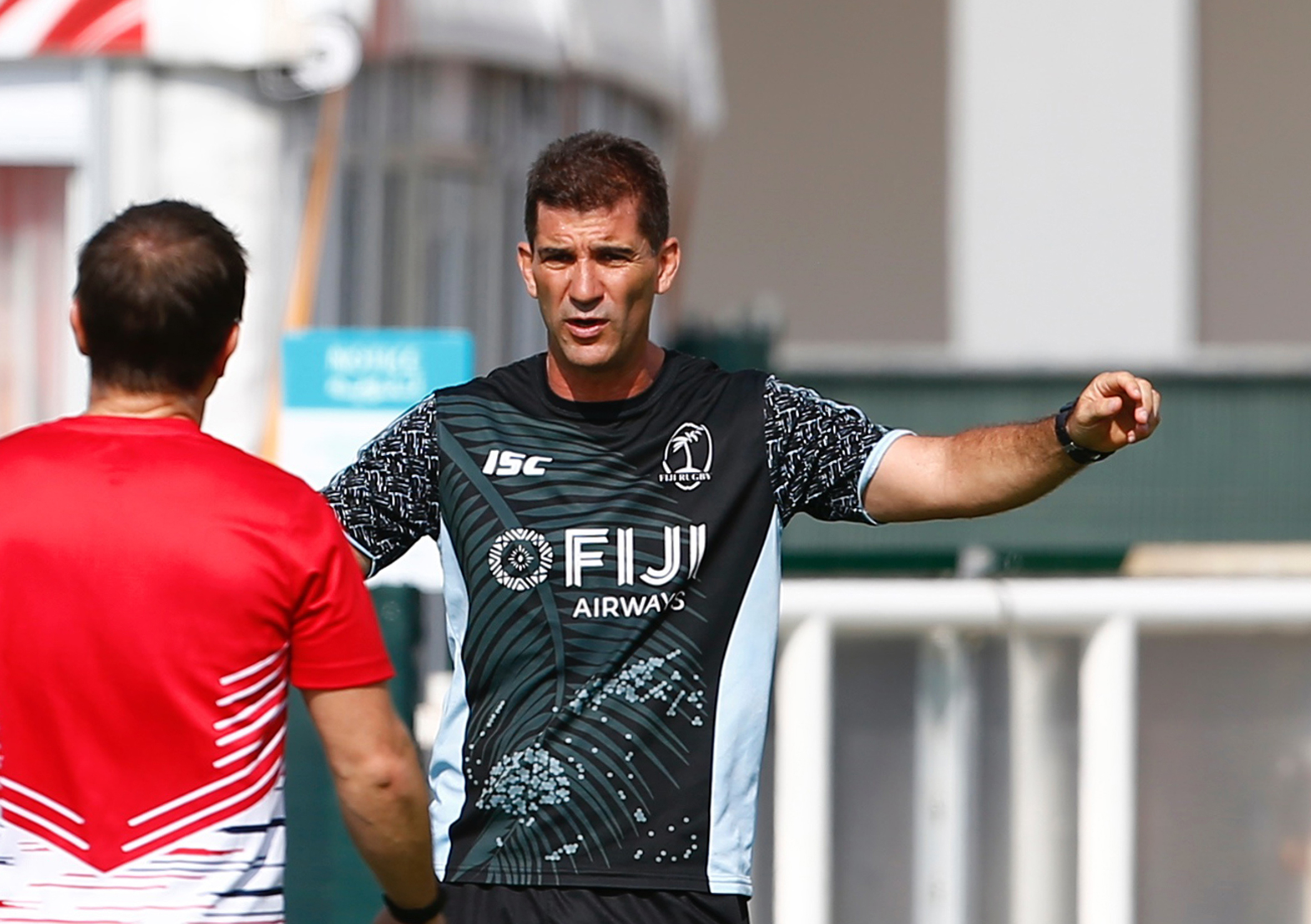 Fiji Airways Fiji 7s coach Gareth Baber has joined the team at their base camp in London and was impressed with their performance despite his absence.

Baber arrived later after suffering a slight illness which initially delayed his travelling with the team for the final leg of the HSBC World Rugby Sevens Series stop in London.

“It was my first training session yesterday with the boys and they were just in their rhythm which is great,” Baber said.

“There are not over thinking where we are at or what we are doing and they are just concentrating on the next game.”

Baber said his absence may have also been a blessing allowing players to stand up and take leadership roles.

“My not being here as well has been an opportunity for the players to stand up and take some ownership.

“That is part of the process for developing a team, so they grow together and make new bonds as well as look after each other as a group.”

Baber said the team arriving early had allowed them to adapt well.

“One of the big things we want to guard ourselves against is potential injury so you want to get them back in their training and moving quickly,” the Welshman said.