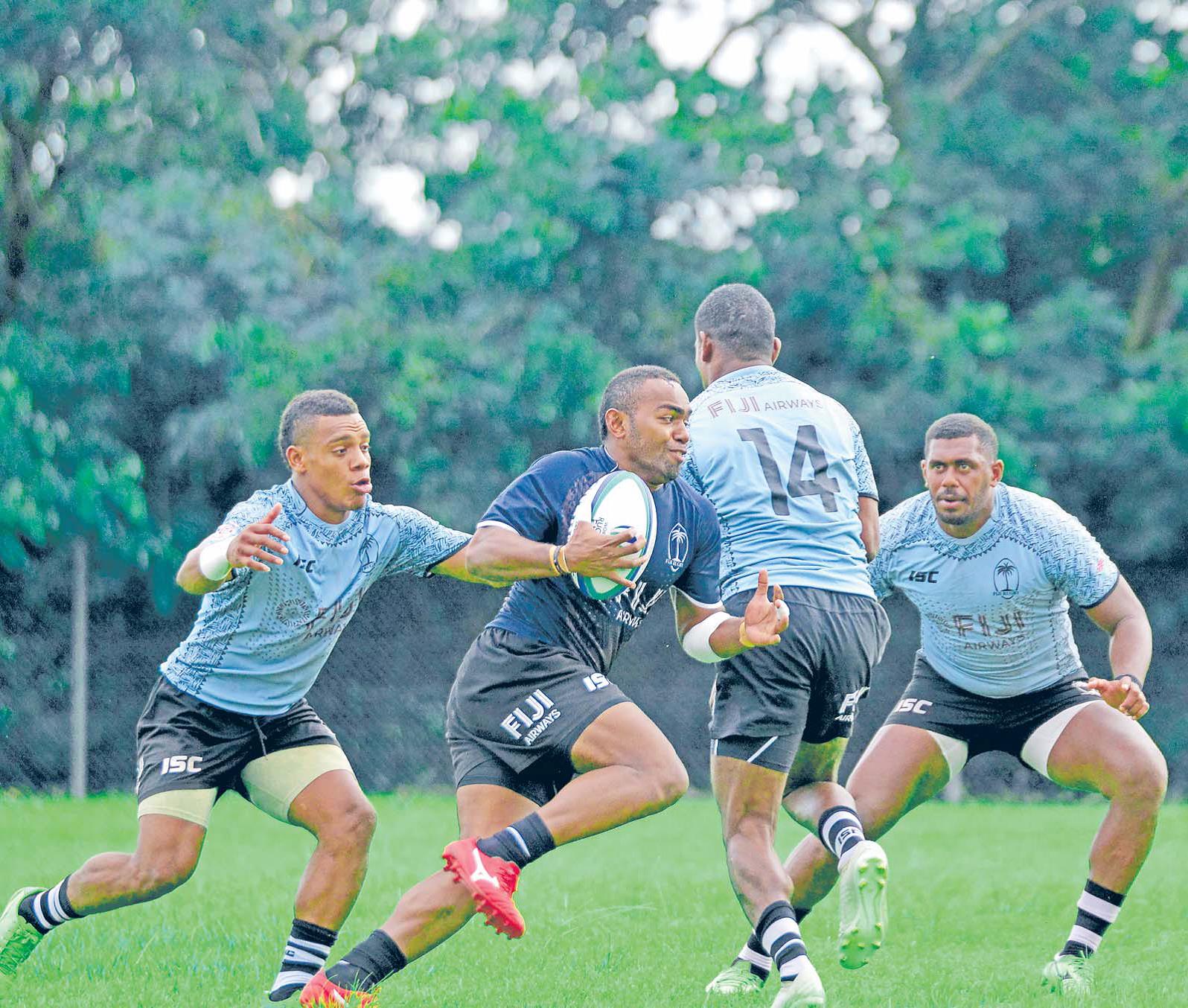 Waisea Nacuqu (second from (left) on attack during a Fiji Airways Fiji 7s training session at Bidesi Park in Suva as they prepare for the Hamilton and Sydney 7s. Picture: JOVESA NAISUA

FIJI Airways Fiji Sevens coach Gareth Baber is hopeful that the experience and leadership qualities in the squad will play an important role during the second leg of the HSBC World Rugby Sevens Series which starts this week.

Baber said pressure on him and his players especially as they head into Hamilton as defending champion this weekend. “It’s their second leg and people are going to be watching us now,” Baber said.

Baber said the efforts of the players would decide the outcome which was the reason he had decided to take an experienced line-up to New Zealand.

“So they’re not a surprise anymore and that comes with expectations and pressure,” he said.

“You need leadership when you go to places such as New Zealand and Australia to play rugby so there is a big element in that. Overall elements the players put in the team and experience as well. “You need experience and our team has got a good balanced field.”

New finds Filimoni Botitu and Ratu Meli Derenalagi who both were instrumental in the title win at the Cape Town 7s will get another chance to show themselves in Hamilton and Sydney.

Baber said this was their second leg and people are watching them now.

“So they’re not a surprise anymore and that comes with expectations and pressure.”

Dynamite forwards Josua Vakurinabili and Paula Dranisinukula are also an added boost returning to the pack.

The Fiji team departs for New Zealand today. Fiji will play Wales in its first pool match on Saturday at 10.52am followed by Argentina at 2.45pm and Australia at 6.52pm.