Baber and wife take 4FJ Pledge as chance to give back 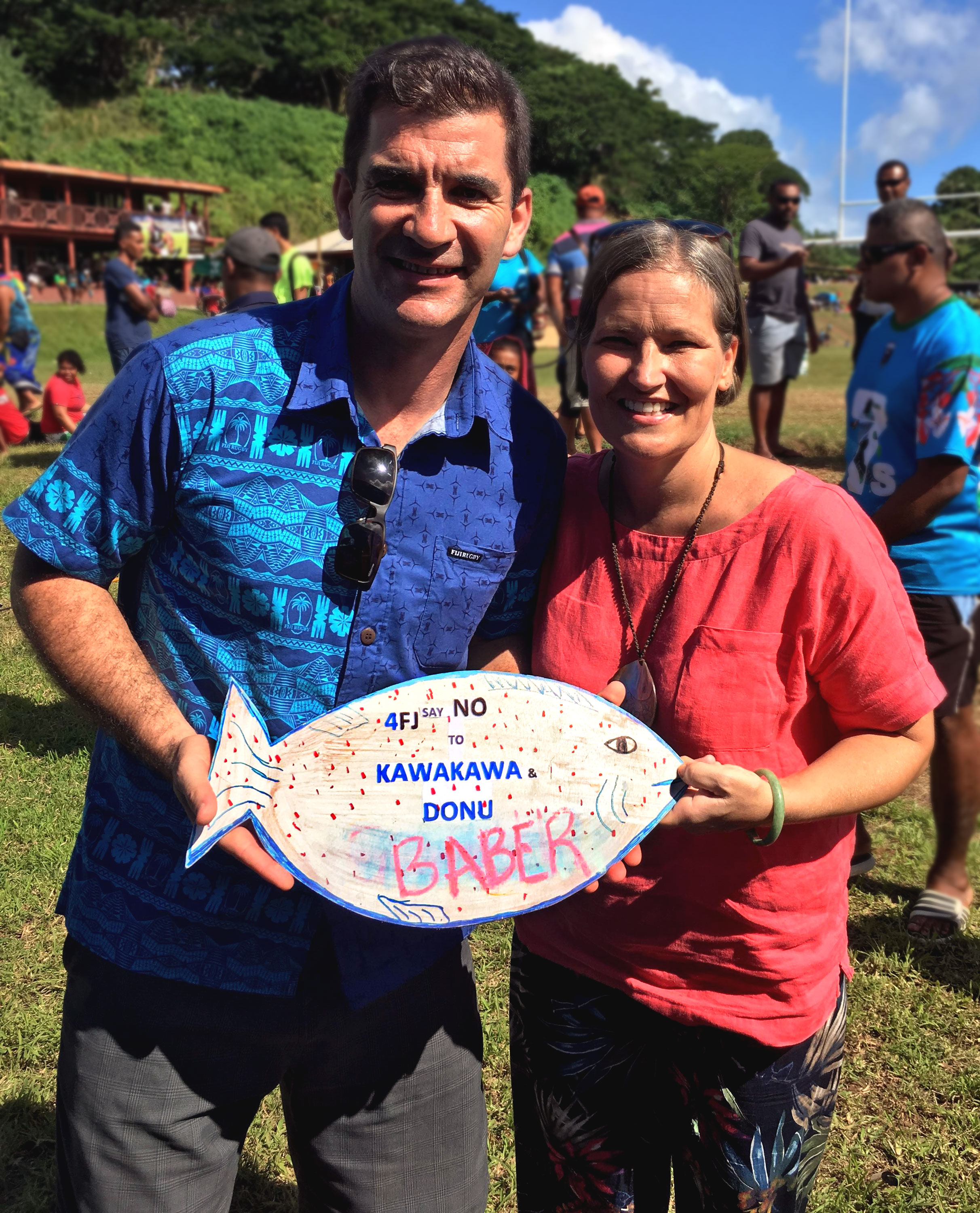 GARETH Baber, head coach of the 2019 world champion Fiji Airways Fijian Rugby 7s, and his wife Danielle, have taken the 4FJ pledge to avoid kawakawa and donu June through September.

“We are happy to support the 4FJ campaign and to support communities that rely on these fish to meet their food and income needs,” said Gareth Baber in a statement released by cChange.

Kawakawa and donu are an A-grade fish that are critically important to meeting the food and income needs for Fiji communities.

However, the fish catches have rapidly declined in recent years. Of the known breeding sites in Fiji, 80 percent are declining or gone, Fiji government reported.

Starting in 2018, the Ministry of Fisheries has banned the collection, possession, sale and export of all kawakawa and donu species from the 1st of June through the 30th of September, which are their peak breeding months. The 4FJ pledge is to honour the ban and let the fish breed and restock Fiji’s reefs each year.

Baber, and his wife Danielle, attended the Radradra Sevens Tournament held at Welagi grounds in Taveuni, where a 4FJ pledge drive was being held. The tournament was sponsored by sensational overseas-based player Semi Radradra, who hails from Somosomo, Taveuni.

Baber joins other Fiji rugby luminaries in taking the 4FJ pledge. His predecessor, and fellow world champion coach, Ben Ryan has taken the pledge. Waisale Serevi is another Fiji rugby legend who backs the campaign from the start.

Cakaudrove Province Conservation Officer Asaeli Tamanitoakula, who led the tournament 4FJ pledge drive, said that Gareth and Danielle Baber were very receptive to taking time to listen to reasons for the 4FJ campaign.

“I explained to them what the 4FJ Campaign was all about and then asked if he wanted to pledge and he said, ‘We would love to take the pledge,’” said Tamanitoakula.

The 4FJ campaign launched in 2014 asking people to pledge to forego the fish during the peak spawning months. More than 20,000 have made the pledge.