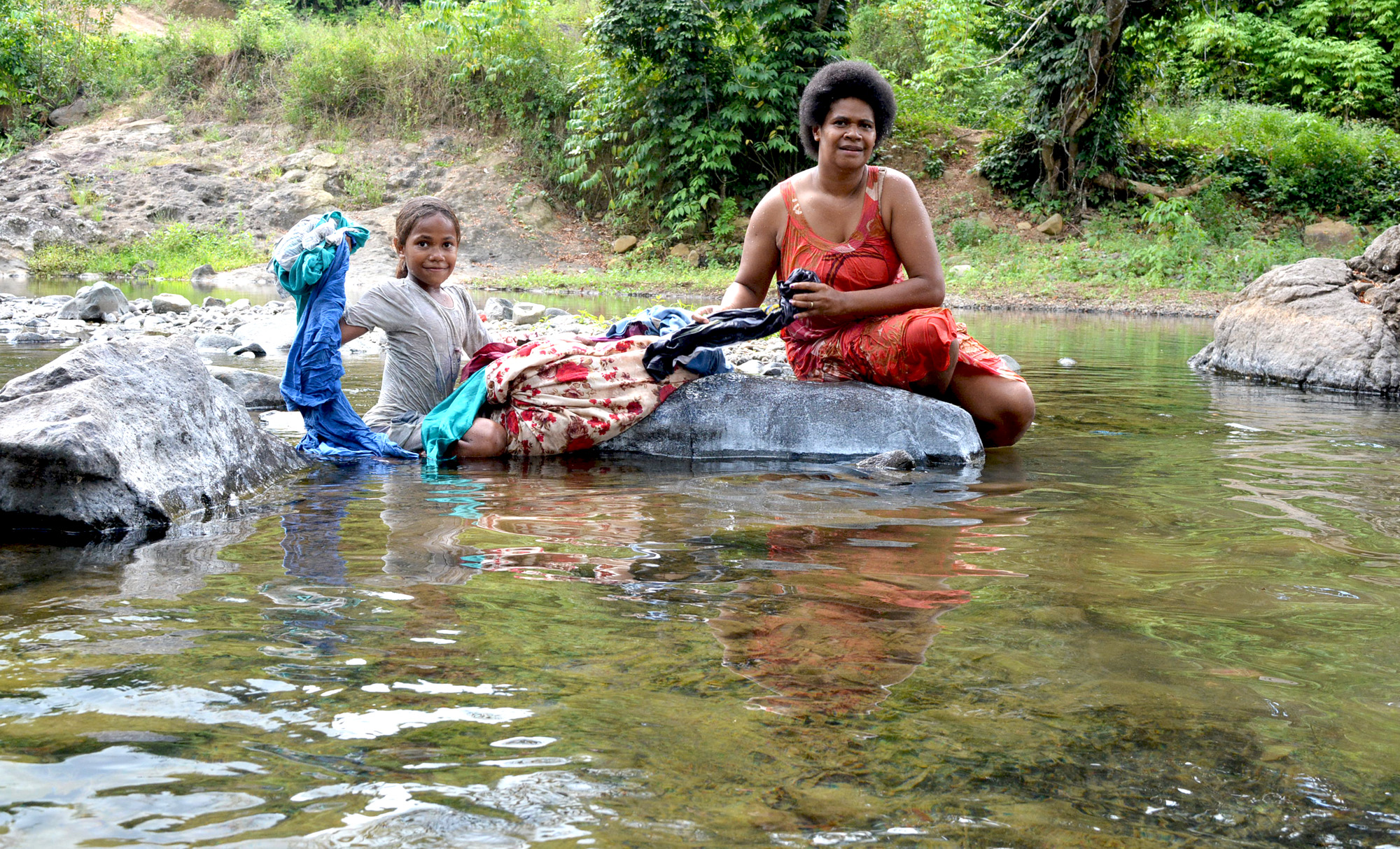 Aliti Saukuru (right) with her sister Elena Karalaini Tubarua wash clothes in the nearby river at Nanuku Village in Ba. Water Authority of Fiji had the project to build the proper water dam and provide clean water in the village. Picture: REINAL CHAND

ABOUT 200 residents in three villages in Ba are waiting for the Water Authority of Fiji (WAF) to complete work on projects which began last year.

“For Nanuku, they were going to build a 20,000-litre cement tank, build a new water source and repair the pipeline,” he claimed.

“They (WAF workers) laid some pipes and then disappeared and we have not heard from them again. They brought 150 bags of cement and we have kept this in our village hall but most of them can’t be used now, they have gone hard, it’s a real waste.”

Mr Tuinuku claimed the WAF workers had contacted him earlier this year and promised to return this month to complete the work.

“We are almost near the end of August now and we still have not heard from them.

“The existing water source we have in the village cannot meet the demand of some houses which are in elevated areas.

“We just hope they return soon and finish the work that they have started.”

In response to queries from this newspaper, WAF said it was aware of the materials being kept at the village sites.

“In fact, these materials are being kept with the knowledge and consent of the community leaders.

“Meanwhile, WAF is currently in the process of finalising its plans for the recommencement of rural projects, for this financial year 2019/2020.”