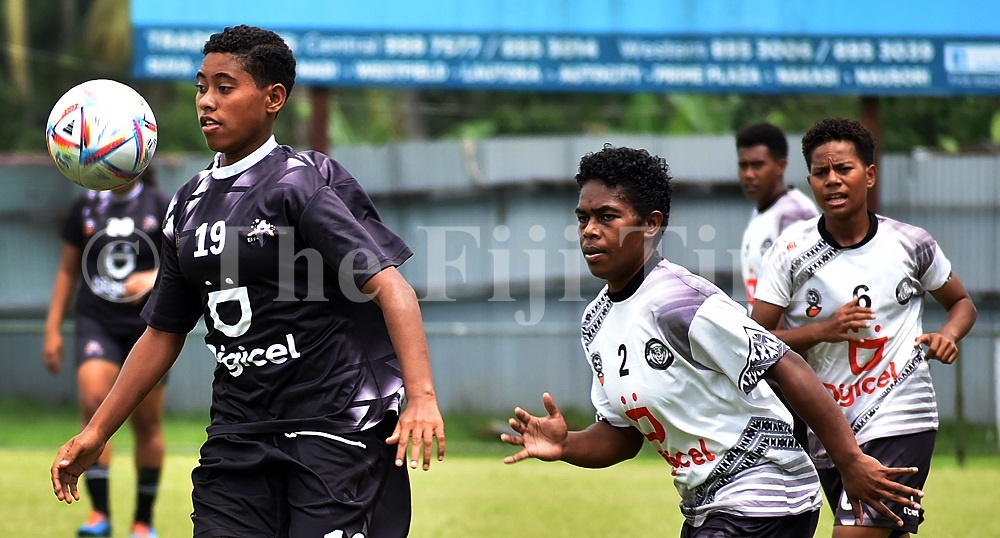 Ba's left back Sereana Naweni looks to the ball against Suva in Womens IDC at Ratu Cakobau park in Nausori. Picture: ATU RASEA

The Ba Women’s football team sent out a warning to other teams at this year’s Inter-District Championship after stunning the capital side 7-2.

Ba was in an impressive form throughout both halves and are on a mission to retain their title as champion of the IDC.

Ba opened the points board through Elasi Tubunase five minutes into the first-half.

Angelina Raska scoped a double for the ‘Women In Black’ before Lenamanu Moce replied with Suva’s first goal in the 49th minute before the break.

Ba slotted four more goals in the second spell through Evivi Buka, Luisa Tamanitoakula and another double from Narieta Leba.

Ba coach Naomi Cavanasiga said they were gunning for the title and their major score differences against Suva should be an indicator to other teams that they are here to win.

“We want to retain our title as champions and we are prepared to achieve this feat,” she said.

Ba features a side that is filled with national reps to have just returned from representing Fiji at the Women’s Nations Cup in Australia.

“The girls know that winning the IDC will not be easy and they are willing to work hard to achieve that goal.”

She said they were looking forward to their next competition and encouraged Ba fans to come out in support of the girls.

“The girls have prepared well and winning the title have been in their minds for these past three weeks of training. They are ready and excited to face their next competitor and will stop at nothing to achieve their goal.”