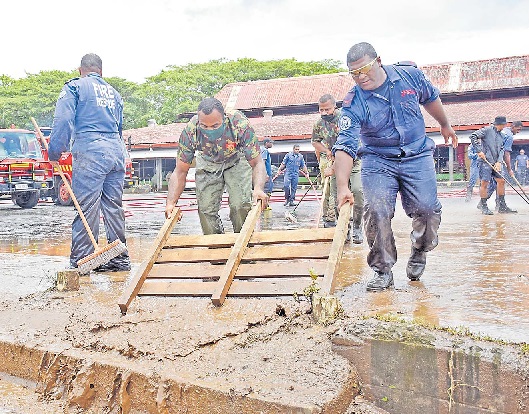 The resilience of the people of Ba was obvious in their effort to return to normalcy after the massive flood that hit the soccer town in the past few days.

“The weather permitted on Tuesday morning, so we started straight away and finished work at 10pm and started again on Wednesday morning,” Ms Singh said.

“It was good that National Fire Authority and army officers joined and helped us in the clean-up. We hope to finish by this afternoon (yesterday) and the market will open to the public tomorrow (today).

“We have almost all the council workers engaged in this clean-up except for those from affected flooded communities who could not come to work.”

Ms Singh said business houses started their clean up on Tuesday when the water receded and completed them yesterday.

She said the people of Ba were used to such disasters and they knew what to do in its aftermath.