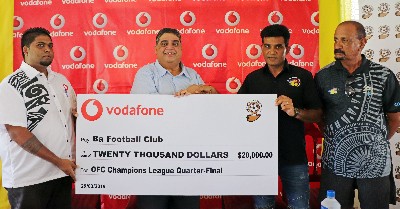 BUSINESSMAN Rishi Kumar has resigned as the president of the Ba Football Association after serving 17 years at the helm.

Kumar tendered his resignation to the Ba FA board of control during a meeting on March 16 effective April 1 to spend more time with his family and look after his business.

He denied being under pressure after Ba’s failure to qualify for the quarter-finals of the 2020 Oceania Football Confederation (OFC) Champions League.

“I became president myself and have resigned myself,” Kumar said.

“The people have their freedom of speech and can say anything but there was no pressure on me.”

Ba FA secretary Iliaz Khan confirmed Kumar’s resignation saying the matter will be discussed at their next board meeting.