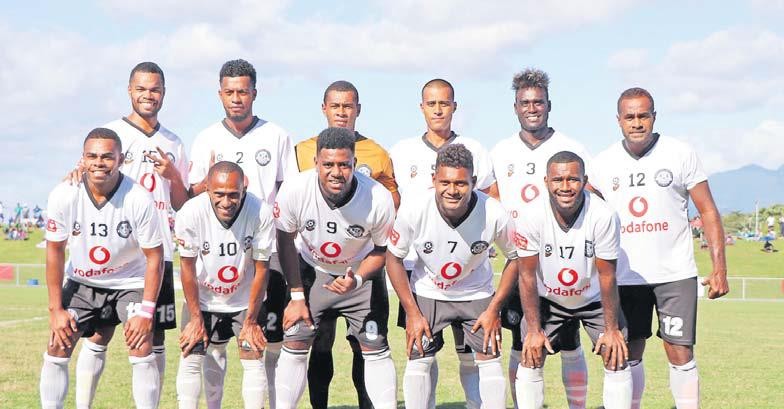 The Suva football team in an earlier game this year. Picture: FILE

BA maintained its unbeaten run in the Vodafone Premier League after beating Suva 3-1 at the Fiji Football Academy Ground at Namosau on the weekend.

It was sweet revenge for the Men in Black after the side lost to the Capital City boys in a penalty shoot-out during the semi-final of the Vodafone Fiji FACT at Churchill Park in Lautoka last month.

Ba striker Saula Waqa scored the opening goal in the first half while mid field general Avinesh Waran Suwamy got the second in the 66th minute after dribbling past three Suva defenders and driving the ball past diving Suva goalkeeper Simione Tamanisau.

Veteran Malakai Tiwa nodded in the third goal five minutes later to give the hosts a handsome lead.

Christopher Wasasala got one back for Suva in the 79th minute but it was a little too late as Ba had already wrapped up the match.

Singh said they got the three points that they wanted and were now focusing on the next match which would be against Nadi or Labasa.

“We are happy with the result,” he said.

“The aim is to keep our unbeaten record.”