Average diagnosis in men has been 53 per year, says Dr Lal 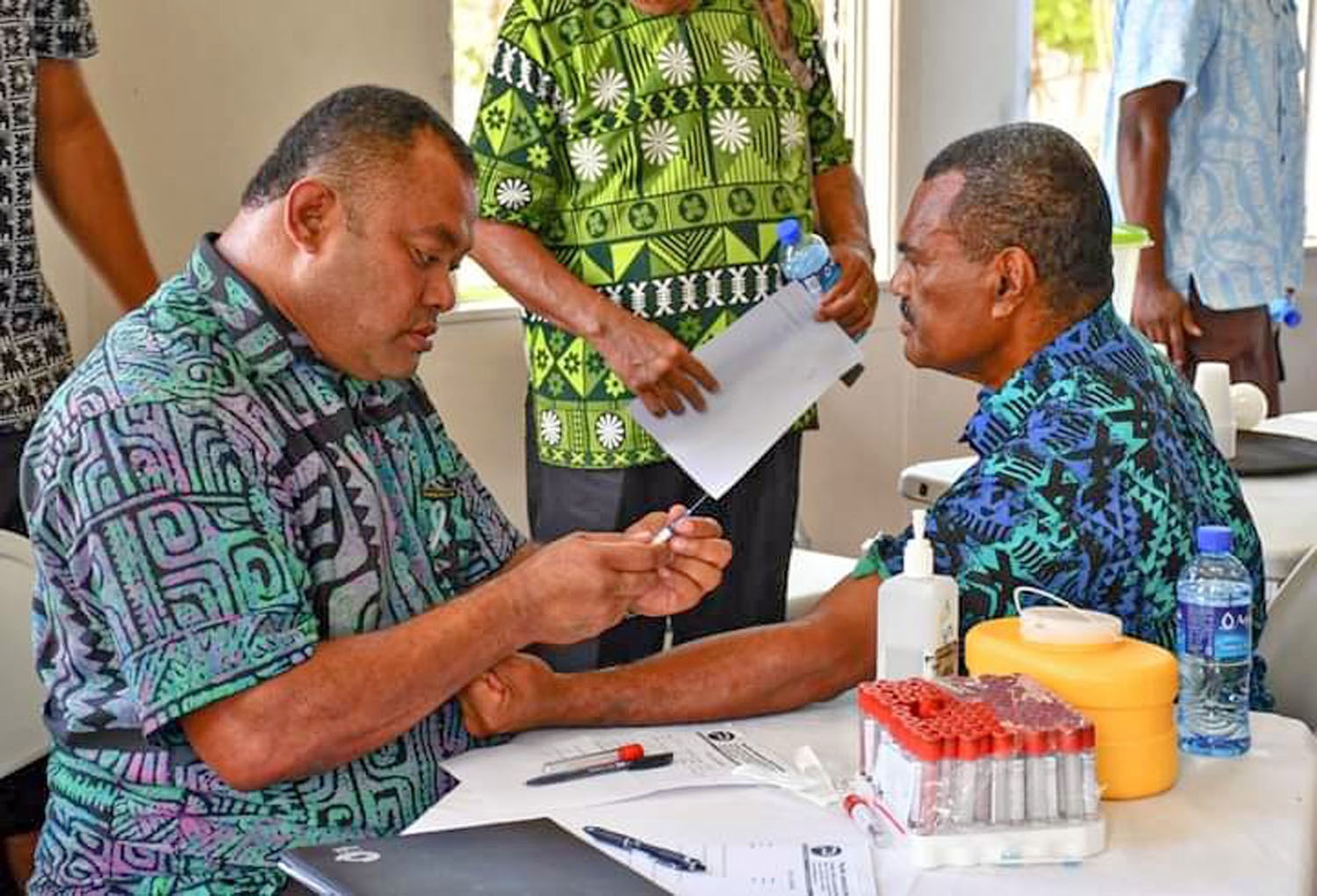 SODELPA members getting their blood pressure checked during the MOVEMBER event at the Defence Club in Suva. Picture: SUPPLIED

Speaking at the Social Democratic Liberal Party Movember Fundraiser on Tuesday this week, Surgical Registrar at the Colonial War Memorial Hospital’s Urology Department, Dr Niraj Lal said this was similar to about 480 cases in the nine years — showing how common the disease had become.

Dr Lal said the symptoms and signs of prostate cancer may also include frequent urination and weak or interrupted urine flow or the need to strain to empty the bladder.

He said these symptoms included the urge to urinate frequently at night or even bleeding in the urine and new onset of erectile dysfunction.

“Other symptoms may include pain or burning during urination, which is much less common or discomfort or pain when sitting, caused by an enlarged prostate,” he said.

“Noncancerous conditions of the prostate, such an enlarged prostate, can cause similar symptoms, or, the cause of a symptom may be a different medical condition that is also not related to cancer.

“Urinary symptoms also can be caused by an infection of the bladder or other conditions.”

Dr Lal said usually in the later stages, if cancer had spread outside of the prostate gland, symptoms may include, pain in the back, hips, thighs, shoulders, or other bones or even swelling or fluid buildup in the legs or feet.

“This may include unexplained weight loss, fatigue or change in bowel habits.

“If you are concerned about any changes you experience, please talk with your doctor.”