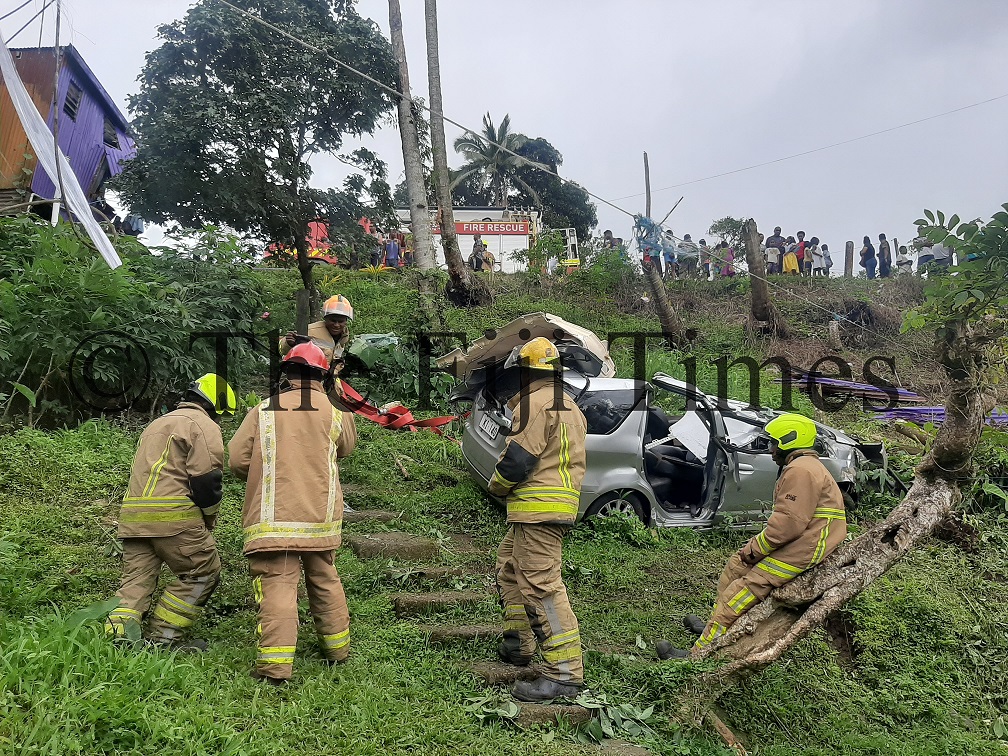 Firefighters after retrieving the dead bodies trapped in a car at Tacirua settlement this afternoon. Picture: ARIETA VAKASUKAWAQA

Police and firefighters are now working on removing the wreckage of the car that veered off Tacirua Settlement this afternoon that is also believed to have killed two people.

Police officers have started interviewing witnesses at the settlement.

A police truck and an ambulance have transported the bodies to the hospital.

Families and relatives started wailing when they arrived at the scene.

Three other passengers of the vehicle have been taken to hospital.

Police have yet to release a statement.

Police, firefighters try to retrieve bodies at scene of accident