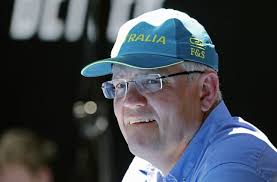 MELBOURNE (Reuters) – Australia’s Prime Minister Scott Morrison officially launched his party’s election campaign on Sunday, less than a week before the May 18 vote that opinion polls have consistently indicated he will lose. At the campaign launch in Melbourne, Morrison’s focus was on economic management and said his center-right Liberal-National coalition would support the […]