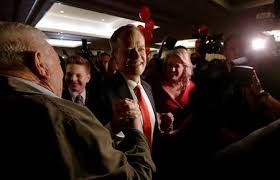 MELBOURNE (Reuters) – Australia’s opposition Labor is the favorite to win a national election expected in May, two polls showed on Monday, but its lead has narrowed over the conservative coalition government which announced income tax cuts in its budget last week. A closely watched Newspoll done for The Australian newspaper showed Labor ahead of […]