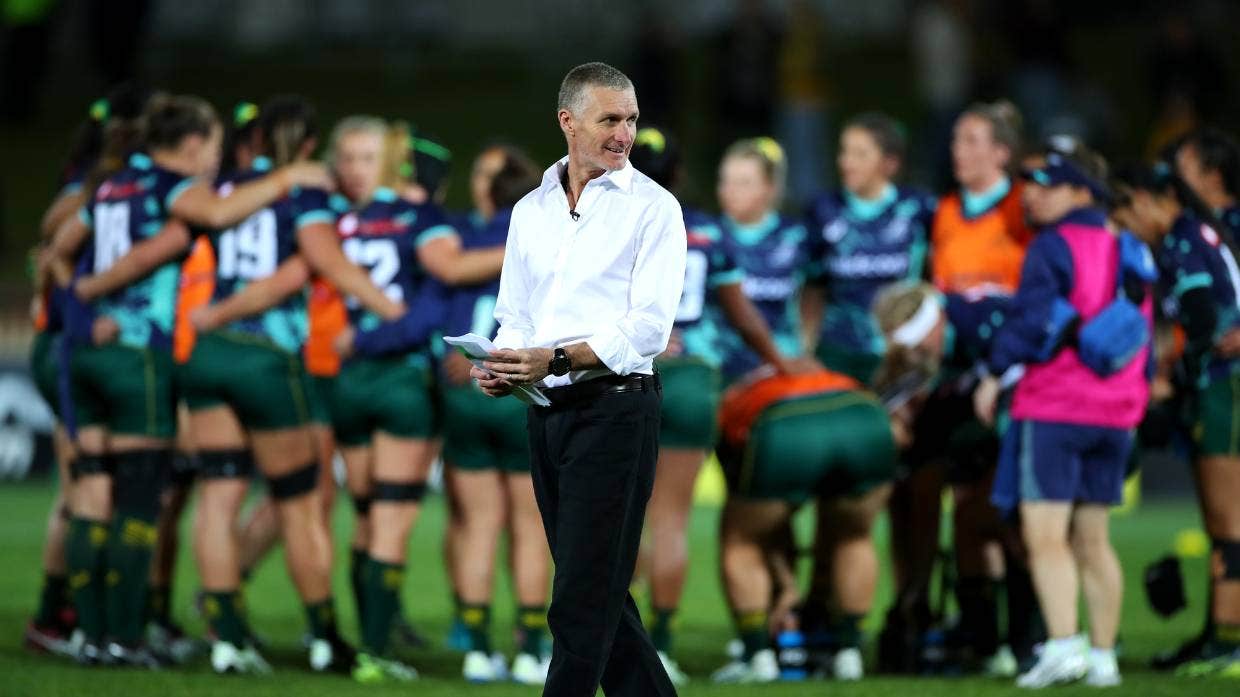 Wallaroos head coach Dwayne Nestor, pictured before a 2019 test, has quit after being stood down for using 'unacceptable language' while reviewing a game tape. Picture: STUFF SPORTS,

Rugby Australia has parted ways with Wallaroos head coach Dwayne Nestor and assistant Matt Tink after an incident in Coffs Harbour relating to “unacceptable language”, which emerged hours after the Super W final.

In a statement on Saturday evening, RA said two national coaches had been immediately stood down after audio emerged of the pair criticising players and referees.

A Super W game was recorded for analysis and then uploaded to a portal. Coaches were overheard on the recordings making comments. That commentary was audible when players and staff reviewed the game.

Audio on the files is usually deleted but sources with knowledge of the situation say that did not occur this time.

“It is alleged that the coaches used unacceptable language when describing match officials, refereeing decisions and general play in an audio recording of the game which was then uploaded to the team’s analysis portal,” an RA statement read.

“Rugby Australia takes all matters relating to the off-field behaviour of our staff and contractors very seriously and all employees and contractors are required to act in accordance with the terms of their contracts, including adherence to the code of conduct and the core values of the game.

“Support is available to all Super W players via Benestar throughout the year, as provided by Rugby Australia.”

It is unclear when the incident occurred but both coaches tendered their resignations and won’t continue with the Wallaroos. They left the Super W competition base in Coffs Harbour and returned home before the Waratahs defeated Queensland in Saturday’s final.

Nestor has been head coach of the Wallaroos since 2018, while Tink has been working as the team’s forwards coach.

The pair’s names were removed from the Wallaroos’ coaching staff page online on Saturday evening.

Rugby Australia chief executive Andy Marinos said: “After we heard about the incident, we made swift and decisive action in standing down both individuals immediately, who have since resigned.