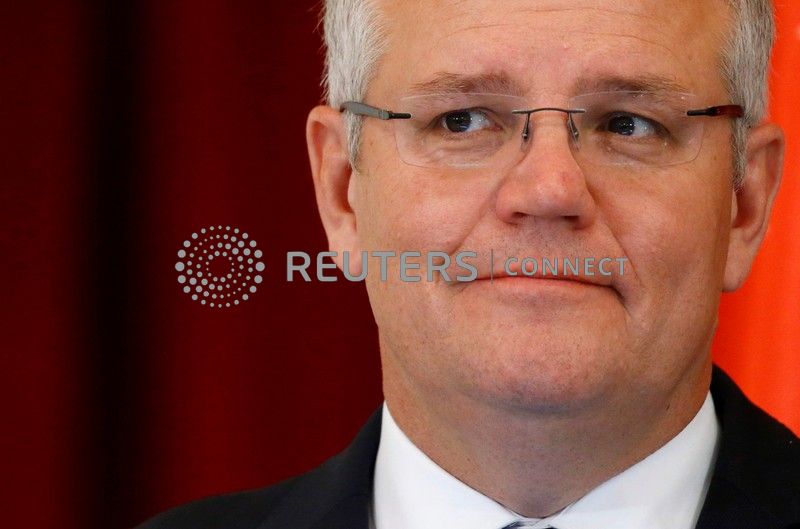 SYDNEY (Reuters) – Australia needs more prayer, Prime Minister Scott Morrison, a devout Christian, has said, vowing that his administration would do whatever needed to be done by way of legislation to protect religious expression, now at the centre of a national debate.

Australia has no bill of rights or explicit protections for religious freedoms, but Morrison’s conservative government is considering such measures in the wake of a high-profile rugby player’s sacking over religious posts on social media.

“We’ll do what we must do from a legislative point of view and the law,” Morrison, who described his election victory in May as a miracle, told an annual conference of the Hillsong Church in a stadium in Sydney.

He prayed and said religious freedom needed to be “nourished and protected” in remarks late on Tuesday to Australia’s biggest evangelical gathering.

“There’s a lot of talk about our freedoms as Christians in this country and they should be protected,” he said.

“Australia is a free country. There’s nothing more fundamental than the freedom of belief, whatever that belief might be, whether you have one or you don’t.”

In May, footballer Israel Folau was dismissed by Rugby Australia after he posted on Instagram that hell awaited “drunks, homosexuals, adulterers” and other groups.

The ensuing scandal and calls from religious leaders for a legislative response have imparted further significance to Morrison’s outward displays of faith, which are unusual for an Australian political leader.

More than half of Australians call themselves Christians, census data shows. Last year, Morrison had said his government would write a Religious Discrimination Act, but political momentum for it had ebbed until Folau’s sacking.

Morrison, a Pentecostal Christian, invited cameras to film him praying at his local church during the campaign, but did not announce his appearance at Hillsong, where participants greeted him with cheers in footage posted to YouTube on Wednesday.

“I speak about my faith … because I want everyone in this place to feel comfortable about talking about their faith,” he said to applause.

The nation needed more prayer, he told the audience earlier, and sought divine aid to end a withering drought.