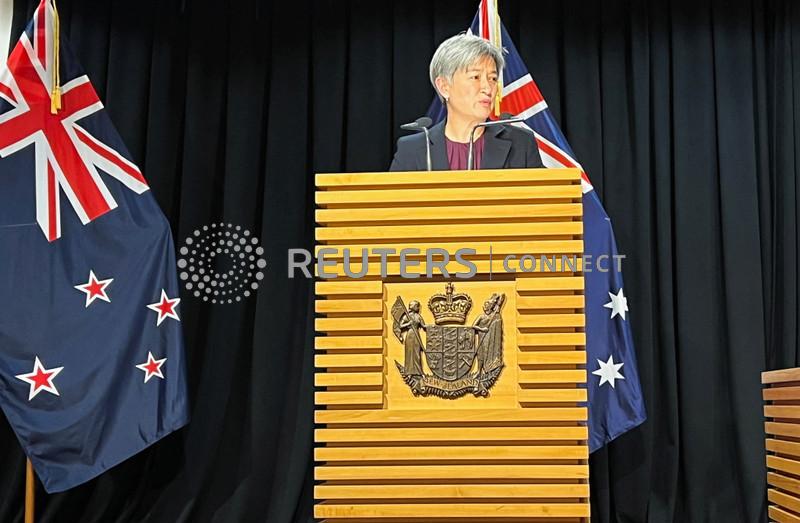 Wong made no immediate comment on the talks, but said earlier that she wanted to discuss pandemic recovery, economic development, climate change and “our shared security interests”.

The Solomon Islands security pact with China will be discussed at next month’s Pacific Islands Forum leaders meeting in Suva, several island nations have said.

Australia, New Zealand, Japan and the United States have said they are concerned Beijing could establish a military presence in the Pacific, although Sogavare has denied the pact with China would allow a military base, and will instead focus on policing.

The Australian government has said it would expand work opportunities for Pacific islands citizens to come to Australia, a vital source of remittance back to Pacific communities, and has pledged a 10-year SBD1.5 billion ($181.05 million)infrastructure programme for the Solomon Islands to create local economic opportunities.

Australia’s aid has traditionally focused on less visible sectors such as education and health, and Wong will visit a school for an announcement on Friday, local media reported.

She will also meet with members of the Solomons’ International Assistance Force (SIAF), which consists of police from Fiji, Australia and New Zealand, formed after Sogavare requested Australia’s assistance to quell a riot in November.

The Royal Solomon Islands Police Force said it would conduct security operations on Friday for two high-level visits from Australia and Saudi Arabia.

Ahmed Agil AlKhateeb, Saudi Arabia’s minister for tourism and chairman of the SAR31 billion ($8.26 billion) Saudi Fund for Development, was also due to meet Sogavare as part of a Pacific tour to Tonga, Fiji, Kiribati, Palau and Vanuatu.

China recently signed a raft of trade, mining, fisheries and policing agreements in the Solomon Islands, and its Foreign Minister Wang Yi said Honiara would become a model for Beijing’s relations with Pacific island nations.