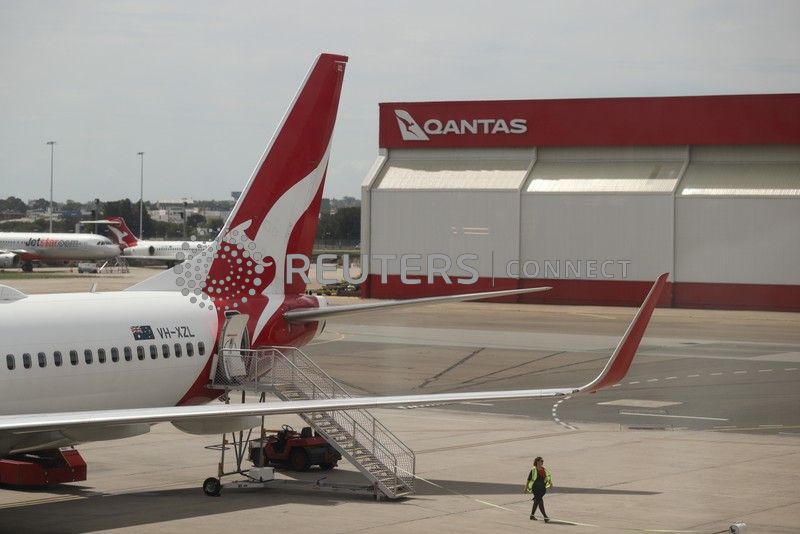 FILE PHOTO: A crew member walks from a Qantas plane at a domestic terminal at Sydney Airport in Sydney, Australia, November 16, 2020. REUTERS/Loren Elliott

Australian Competition and Consumer Commission (ACCC) Chairman Rod Sims said such a deal between two key competitors, which would allow them to coordinate fares and schedules, could be authorised only if the public benefits from cooperation outweighed the harm to competition.

“At this stage we do not consider that Qantas and Japan Airlines’ proposal passes that test,” he said, noting that before the pandemic they were the only airlines offering flights between Melbourne and Tokyo.

On the Sydney-Tokyo route, ANA Holdings Inc also offers flights. Virgin Australia had been set to fly between Brisbane and Tokyo when the pandemic hit, but it has since got rid of widebody planes capable of the flights.

“This proposed coordination would appear to undermine competition significantly by reducing the prospect of a strong return to competition on the Melbourne–Tokyo and Sydney–Tokyo routes when international travel resumes,” Sims said.

The ACCC is seeking submissions from interested parties in response to the draft determination by May 27 and will make a final decision after considering those submissions.

Qantas said it was disappointed with the negative draft decision and it would respond to the ACCC’s concerns to help convince the regulator of the deal’s merits before the final decision.

In 2015, the ACCC proposed initially to deny a similar joint venture between Qantas and China Eastern Airlines Corp due to concerns over fares on the Sydney-Shanghai route, but it was ultimately approved.

Japan Airlines said it would work with Qantas to determine the best course of action to gain ACCC approval for their proposed joint venture.