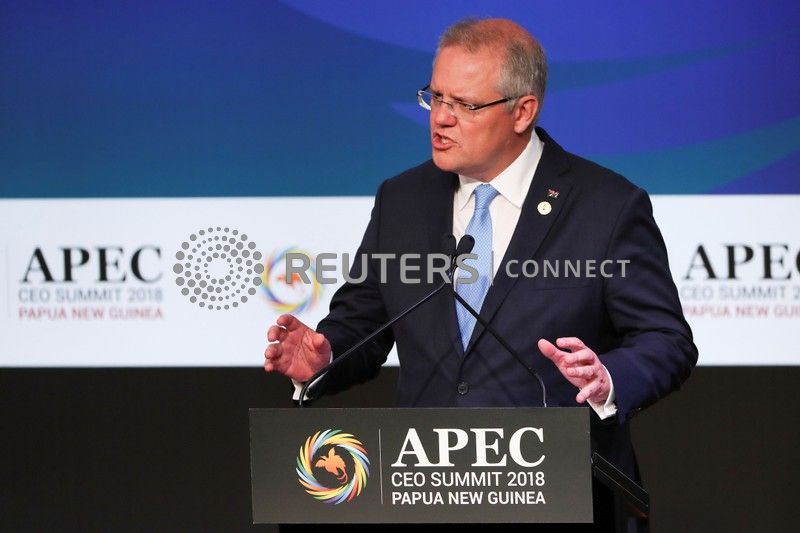 SYDNEY (Reuters) – Australian politicians scrambled to win over undecided voters on Friday, the last day of a general election campaign that has ended in mourning for one of the country’s most popular leaders.

Former prime minister Bob Hawke died on Thursday. A transformative, charismatic left-wing politician who served as prime minister from 1983 to 1991, Hawke was 89.

Prime Minister Scott Morrison and Labor leader Bill Shorten both sought to strike a sombre, more cordial tone on Friday, as a closely watched poll showed Labor was going in to Saturday’s election with a slight advantage.

“He was a great Australian. And he was a much-loved Australian. It is a life to be celebrated. And I’ll certainly be doing that today, later this afternoon, and raising a glass in his honour,” Morrison said of Hawke, in comments to the Australian Broadcasting Corporation.

Shorten promised not to be too rough on his opponent as his party honoured its longest-serving prime minister.

Shorten was likely feeling a bit more comfortable about his chances on Saturday with an Ipsos poll for the Sydney Morning Herald and the Age newspapers showing Labor ahead of Morrison’s coalition by a margin of 51-49 on a two-party preferred basis where votes are distributed until a winner is declared.

Should Labor win, Australia will be likely get its seventh prime minister since 2010.

The Ipsos findings echo similar polls as Morrison fails to woo voters with a campaign centred on his government’s projection to deliver Australia’s first budget surplus in more than 10 years.

Labor’s fiscal plan has undercut a typical strength for Morrison, and Shorten has also won favour with voters by promising to address to inequality.