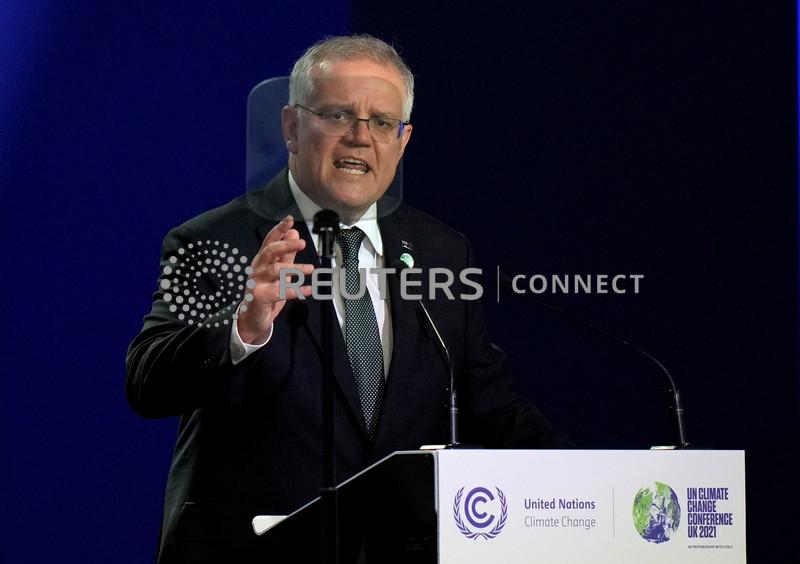 CANBERRA (Reuters) – Australian Prime Minister Scott Morrison’s legislative agenda came under risk on Tuesday after a conservative lawmaker in his coalition government threatened to withhold support if the government does not abolish mandatory COVID-19 vaccine rules.

Australia’s two largest states, New South Wales and Victoria, have banned unvaccinated people from entering places such as restaurants and shops, citing a threat to public safety, while also requiring that they work from home.

George Christensen – a backbench lawmaker from the junior National party – threatened to abstain from voting on government legislation in the House of Representatives unless those rules are scrapped.

Morrison’s government has a single vote majority in Australia’s lower house. Without Christensen’s vote, Morrison would have to rely on opposition support to pass legislation into law.

The prime minister is hoping to pass several pieces of key legislation in the final sitting period of the year in a bid to improve his standing in the polls ahead of an election that must be held by May 2022.

“Until federal action is taken against vaccine discrimination, I will be voting according to my conscience, or abstaining from votes … rather than just voting with the government,” Christensen said in a statement.

While Morrison has said he opposes mandatory vaccination orders, except for health workers, he has not usurped state leaders on the issue.

More than 80% of Australians over the age of 16 have received at least one COVID-19 vaccine dose, while in many parts of the country, nearly all adults have opted for inoculation.

Border rules, swift lockdowns and tough social distancing rules have helped Australia to keep its coronavirus numbers far lower than many other comparable countries, with around 200,000 total cases and nearly 2,000 deaths.