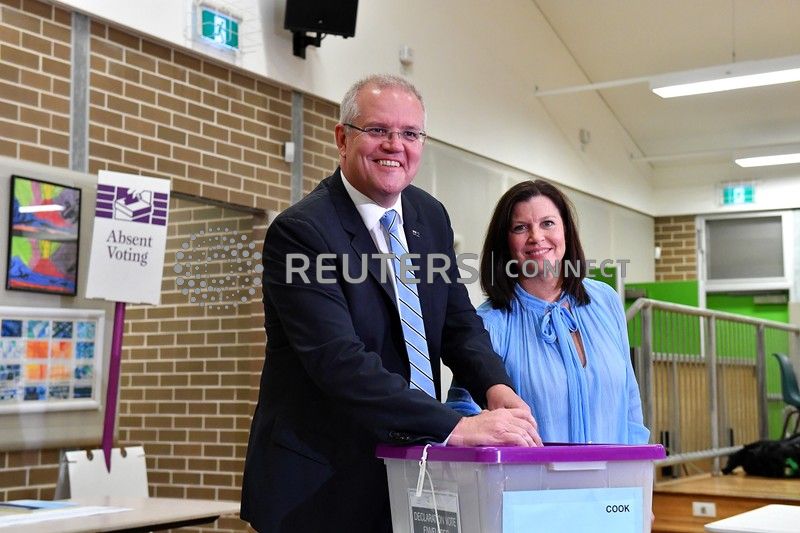 SYDNEY (Reuters) – Australian Prime Minister Scott Morrison said his government had delivered a miracle result in Saturday’s election where it unexpectedly looks set to retain office, saying the victory was for the “quiet Australians” who supported him.

“I have always believed in miracles!” Morrison told an exuberant room of Liberal Party supporters around midnight.

The coalition government is in position to remain in power with more than half the votes counted on Saturday, though it is unclear whether it can govern with an outright majority and final results may not be known this weekend.

The results stand in stark contrast to pre-election polls, which had predicted centre-left Labor would win.