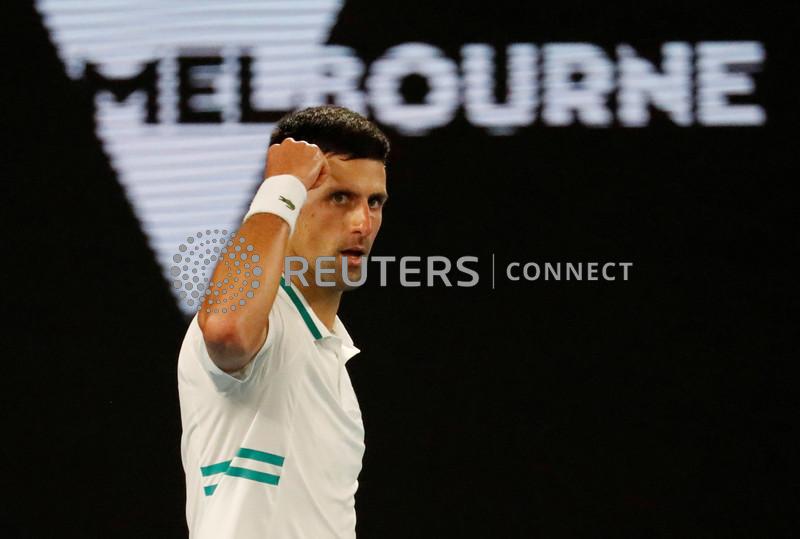 The Australian Open’s COVID-19 vaccine mandate is about protecting the community, not about “blackmailing” Novak Djokovic, a state government official said.

Organisers of the year’s first Grand Slam have said all players would have to be vaccinated to take part, drawing criticism from world number one Djokovic’s father.

Victoria sports minister Martin Pakula said the vaccine mandate applied to all athletes in the southern Australian state, which hosts the Australian Open in Melbourne.

“If you’re a visiting international tennis player, or a visiting sportsman of any kind, it’s about your responsibility to the community that you are being welcomed into,” Pakula told Australian media.

“And that’s why we are asking those international tennis stars to follow the same requirements as Victorians are.

“It’s not about blackmail, it’s about making sure the Victorian community is protected.

“I want to make it clear that I really hope that Novak Djokovic gets vaccinated and plays in the Australian Open.

Djokovic has won nine Melbourne Park titles, including this year’s tournament, and shares the record of 20 men’s Grand Slams with Roger Federer and Rafa Nadal.

He has refused to disclose his vaccination status, saying it was a matter of personal choice.