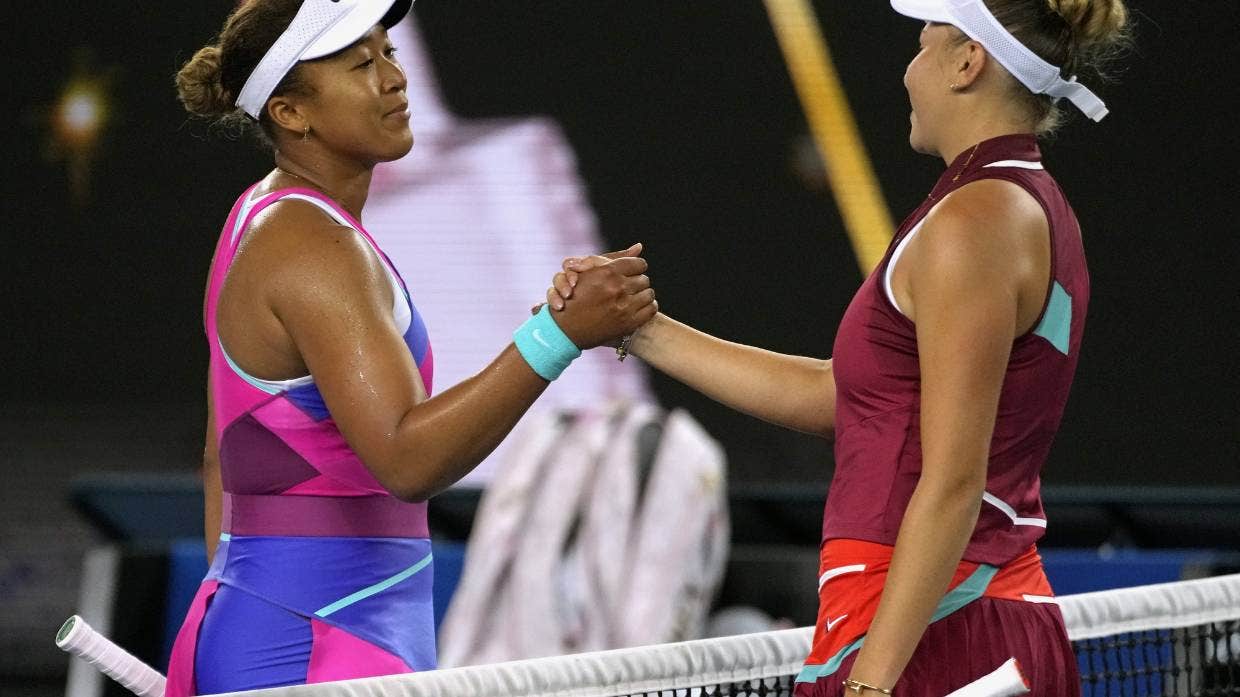 Naomi Osaka, left, of Japan congratulates Amanda Anisimova of the US after their third round match at the Australian Open. Picture: STUFF SPORTS.

Defending champion Naomi Osaka was knocked out of the Australian Open late on Friday night, after losing to Amanda Anisimova 4-6, 6-3, 7-6 (5) in the third round.

The 20-year-old Anisimova saved two match points in the third set at Margaret Court Arena ahead of the tiebreaker and ended the match with an ace.

But she hit 15 winners in the second set and broke to go up 3-1 on a backhand drop shot with Osaka caught at the baseline.

She will face top-ranked Ash Barty in the fourth round.

Barty advanced with a 6-2, 6-3 win over 30th-seeded Camila Giorgi on Friday night.

Barty has only conceded eight games and spent less than three hours on court in the first three rounds at Melbourne Park.

The Wimbledon champion and 2019 French Open winner is aiming to be the first Australian woman to win her home championship since 1978.