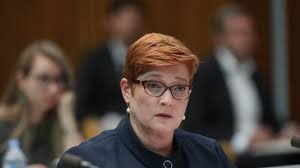 CANBERRA, 02 JULY 2019 (MIRAGE NEWS) – The Morrison Government’s signature initiative to boost long-term economic growth in our region, the Australian Infrastructure Financing Facility for the Pacific (AIFFP) is open for business.

“The economic prosperity of the Pacific is of fundamental importance to Australia,” Minister Payne said.

“The Pacific has significant unmet demand for high-quality infrastructure that will help boost living standards.”

Australia has undertaken extensive outreach with regional governments to develop a deep understanding of their infrastructure priorities and requirements in the lead up to the start of the AIFFP.

“We now look forward to receiving specific proposals from our partners, and will be looking to support a range of transformative and long-lasting projects,” Minister Payne said.

As part of our step up in the Pacific, Export Finance Australia received an extra $1 billion (US$669 million) in callable capital and new powers to finance overseas infrastructure projects.

Minister for Trade, Tourism and Investment Senator  Simon Birmingham said the changes to Export Finance Australia will mean enhanced capacity to support exporters and finance infrastructure in our region.

“We are stepping up our ability to help deliver well-planned, well-built and well-maintained infrastructure because we know that this is important to economic growth and the priorities of countries in our region,” Minister Birmingham said.

“These enhanced infrastructure initiatives are part of Australia’s focus on increased engagement with the Pacific and determination to build on our longstanding commitment to our Pacific family,” Birmingham.