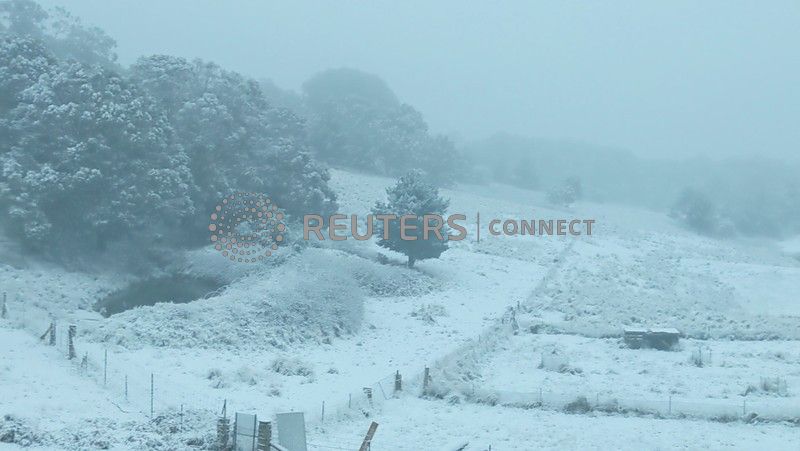 SYDNEY (Reuters) – Australians across the east of the country awoke to wild and frosty winter conditions on Thursday, with flash flooding causing at least one fatality while large snow dumps fell across neighbouring New South Wales.

Cold air from the Antarctic dropped temperatures in Sydney, the country’s most most populous city, to just 10 degrees Celsius (50 degree Fahrenheit), a 37-year record.

“I’m quite sure all of us want to get out and build a snowman,” Kevin Beatty, the mayor of Cabonne Shire, one of the inland towns to receive a snow dump, told the Australian Broadcasting Corporation.

A subsequent low pressure weather system brought flooding in some areas, leading to at least one fatality in Victoria state.

Authorities urged 26,000 residents in the town of Traralgon, some 161.9 KM (100.6 miles) west of Melbourne to evacuate. Police later reported they had found the body of a man in a vehicle submerged in flood waters.