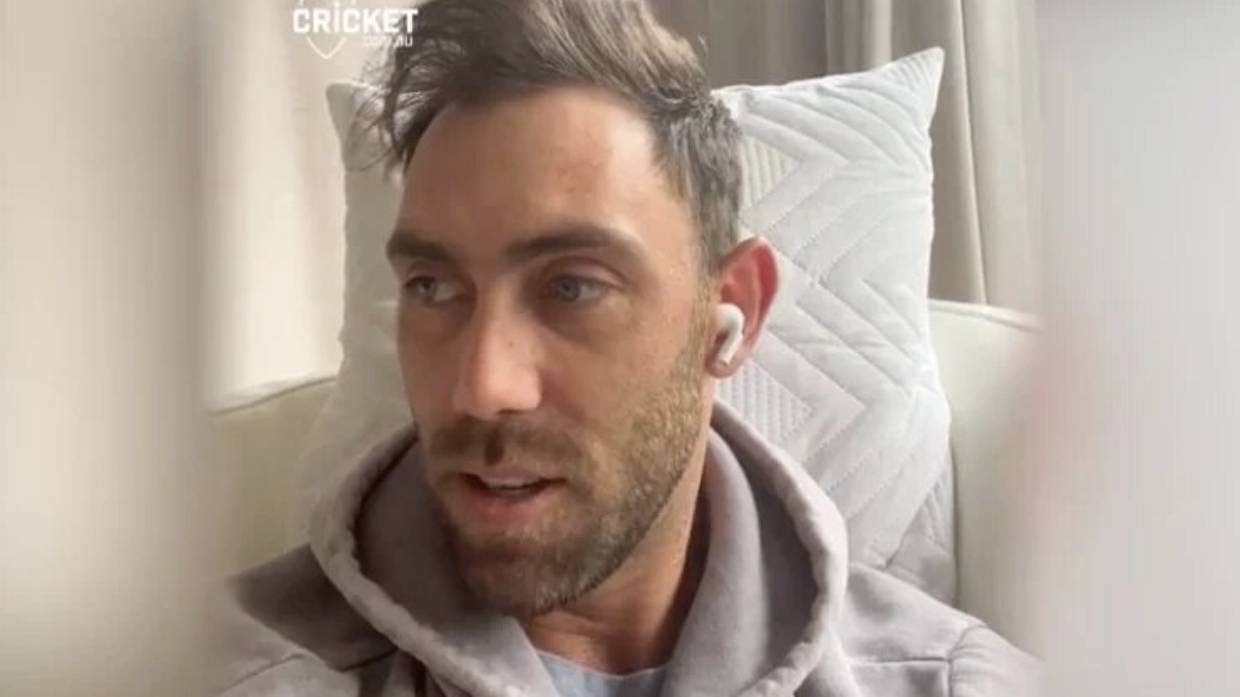 A 50th birthday party, an impromptu game of chasey, a slip and a fall, then two days of agony. That’s essentially how Australian cricketer Glenn Maxwell summed up the bizarre sequence of events that saw him break his leg, requiring surgery and putting him out of action for up to three months.

Maxwell explained how a little bit of rain on a Melbourne Saturday night two weekends ago, on the eve of the Twenty20 World Cup final between England and Pakistan, helped ensure the slippage that has wrecked his home summer.

“It was so innocuous,” Maxwell said in a video news release. “I was at a 50th with a couple of my old Fitzroy Doncaster [Cricket Club] friends, we all had our wives there, and one of my mates who was also one of my school teachers, we were laughing about something.

“I almost pretended to chase him off somewhere, and outside it was just raining a little bit, and they didn’t really have a grass backyard – they had synthetic grass – so it was only a small, little area just around the corner … I reckon we both took about three or four steps out there, and both slipped at the same time. I got my foot stuck a little bit and he fell unfortunately at a really bad angle and landed straight on my leg, and it just snapped.

“I heard and felt every part of it, and it was pretty painful. I was screaming a bit and he was like ‘please tell me you’re joking, please tell me you’re joking’ and then I just hit this ultimate calmness of, like, shock, ‘I’ve just broken my leg, I’m pretty sure both the bones are broken, I don’t think I should move, can you please get my wife’…”

After lying prone on the artificial turf for some time – his hosts erected a portable gazebo over him as a shield from the rain – and amid a long wait for an ambulance to arrive, Maxwell called doctors for advice and was approved to be carried out to his car and be driven to hospital by his wife, Vini.

“I shattered my fibula, that one was the first snap I heard, it was snapped in half but also shattered through the bone,” Maxwell said. “I think there was a bit of a chip off the tibia as well, but I ruptured all the ligaments on top of my foot in between them both.

“To do something so innocuously … it’s just frustrating because it was just a nothing incident. The amount of times I’ve jumped into a pool and gone ‘oh that was a bit more shallow than I thought’, and not even a scratch or a bruise or rolled ankle. To do something that’s just nothing … a little bit slippery, and all of a sudden there goes a couple of months.”

Upon arriving at emergency, Maxwell had expected to be taken straight in for surgery, but was instead given painkillers and left to wait until the Sunday afternoon to meet with his surgeon and have the fracture re-set. It was not until the Monday night that he was able to rest.

“I probably didn’t sleep for two days while I was in agony, so it was a pretty horrible couple of days,” he said. “My wife was unbelievable through it all, she was so calm, she was brilliant.”

As far as Maxwell’s former teacher was concerned, his mortification at events was perhaps even greater than the sufferer of the injury himself.

“He was probably worse than me the first few days,” Maxwell said. “He was absolutely devastated, and even after the incident when I was lying in the backyard and chatting away to people, trying to distract myself from the pain and he was beside himself, pretty shattered.

“[I] couldn’t believe something so innocuous could lead to a decent time on the sidelines. A lot of the people at that 50th were some of my biggest supporters and some of the biggest helps I’ve had in my career, and they’ve all been in contact. We’ve all been talking a fair bit this week, they’re hurting with me.”

Maxwell will visit his orthopaedic surgeon on Wednesday for a further update about the state of his leg, and from there will start to map out a plan with experts for how and when he can begin physical rehabilitation.

“It’s sometimes hard to be patient with these sorts of things, but it’s one of those where I’ve got to be patient,” Maxwell said. “Hopefully, if I can do all the right things, I can make the minimum amount of recovery time and get back to doing what I love.”