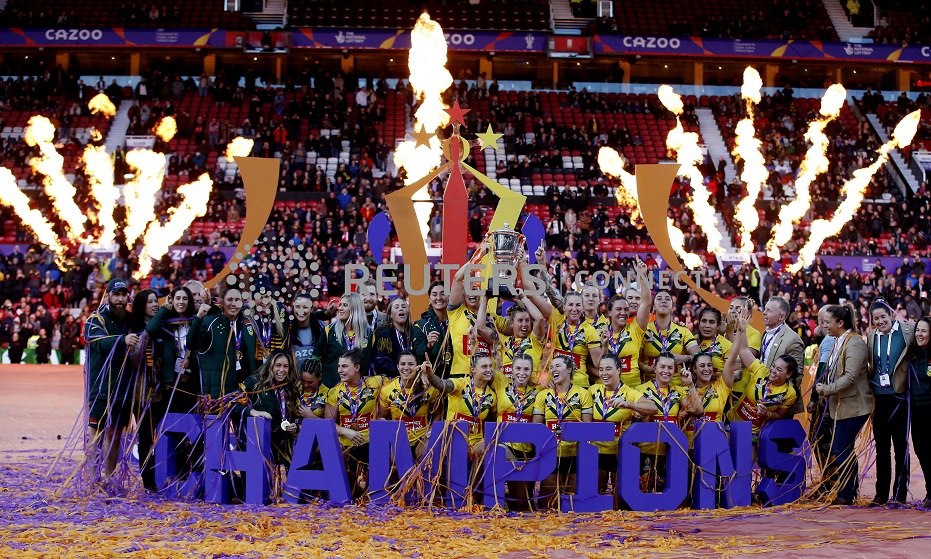 The Kiwis were on the back foot from the off after Sergis forced her way over for an early try, with the reigning champions crossing the line three more times in the first half, including twice from Kelly, to register a 20-0 lead at the break.

Australia kept coming in the second half, with Emma Tonegato going over under the posts soon after the restart, before another from Sergis and a Tarryn Aiken effort put the game beyond their Trans-Tasman rivals.

The biggest cheer from the Manchester crowd was reserved for the game’s next try, New Zealand’s only score of the match, with Madison Bartlett going over, but it was too little, too late.

Australia did not have to wait long to touch down again, as a quickfire pair of converted tries from Cherrington and another from Evania Pelite finished off a near-perfect afternoon for the holders.

The final whistle was greeted with wild celebrations as the Australian domination of the women’s game rumbled on.