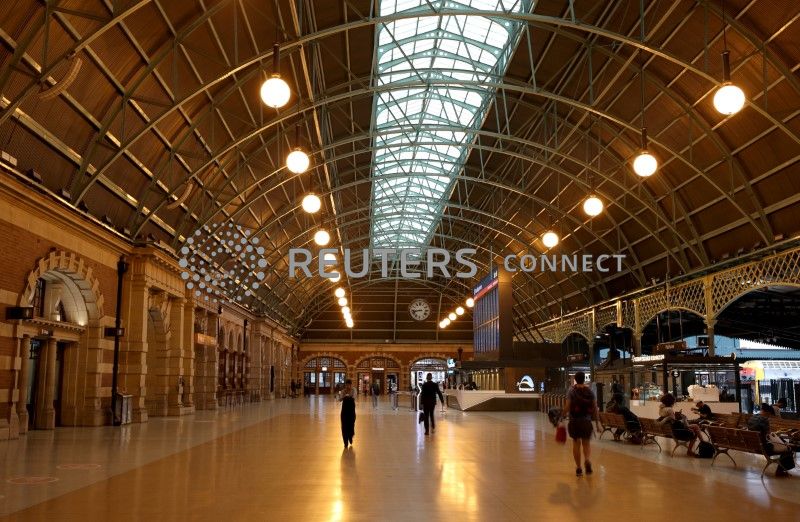 SYDNEY (Reuters) – Australia will expand coronavirus testing, Prime Minister Scott Morrison said on Wednesday, as Canberra struggles to contain an outbreak that it said has killed nine people in the country.

After a gradual spread in January, the number of cases in Australia appears to be tracking sharper spikes seen elsewhere, prompting warnings that hospitals could be overwhelmed.

As the number of cases topped 2,500, Morrison said Australia will expand testing to include people if they present with fever or an acute respiratory infection, as part of a move to help hospitals ready for an expected influx of new patients.

Australia had previously limited testing to people displaying symptoms who had recently returned from overseas. This has been widely criticised and the expansion of testing came as authorities signalled a more aggressive approach.

Morrison said high-risk groups to be tested include health workers, employees in care facilities for the elderly, prisoners, boarding school pupils and military base personnel.

Doctors will also be allowed to test hospital patients who display coronavirus symptoms.

“Every extra bit of time allows us to better prepare our health system and put measures in place to protect Australian lives,” Morrison said in an emailed statement.

Australia also said it would force passengers on a ship into quarantine and refused entry to another vessel amid concern that cruise ships have been a breeding ground for many of the new coronavirus cases in Australia, including it ninth fatality.

The MV Artania, owned by Germany’s Phoenix Reisen, was scheduled to dock in Perth and called ahead for medical assistance after 25 of its 800 passengers reported respiratory problems, the West Australian state government said.

The authorities refused to let it dock and sent local health professionals onto the ship, which had no Australians onboard.

Another cruise ship, the Vasco da Gama, was due in Perth on Friday with 800 Australians and 109 New Zealanders on board.

It will now be forced to dock at Rottnest Island, a former prison outpost, where a makeshift quarantine station was being set up. Foreigners would be flown home, while Australians would be let back into the country after 14 days of quarantine.

Phoenix Reisen, the MV Artania owner, was not immediately available for comment.

About 2,700 cruise passengers entered Sydney this week without health checks, and more than 130 have been confirmed as having coronavirus.

Australia has extended restrictions across the country, including limiting the size of weddings and funerals and closing non-essential businesses such as bars, restaurants and cinemas.

But Australian lawmakers have been frustrated that some have disregarded warnings to increase social distancing and to self-isolate if returning from overseas.

In neighbouring New South Wales (NSW), police will fine people A$1,000 ($604) for breaching rules that include limits of 10 people in outside gatherings, spaced 1.5 metres apart.

Western Australia will impose a limit on alcohol home purchases to lighten the law enforcement load for alcohol-related offences and minimise any health impact.